I always read it once, if not twice a year right before and during our county fair.  Because “it’s not the color of the ribbon” that matters in the end, it’s what you learned and the memories you make.  And that, people, is a hard lesson even for adults! 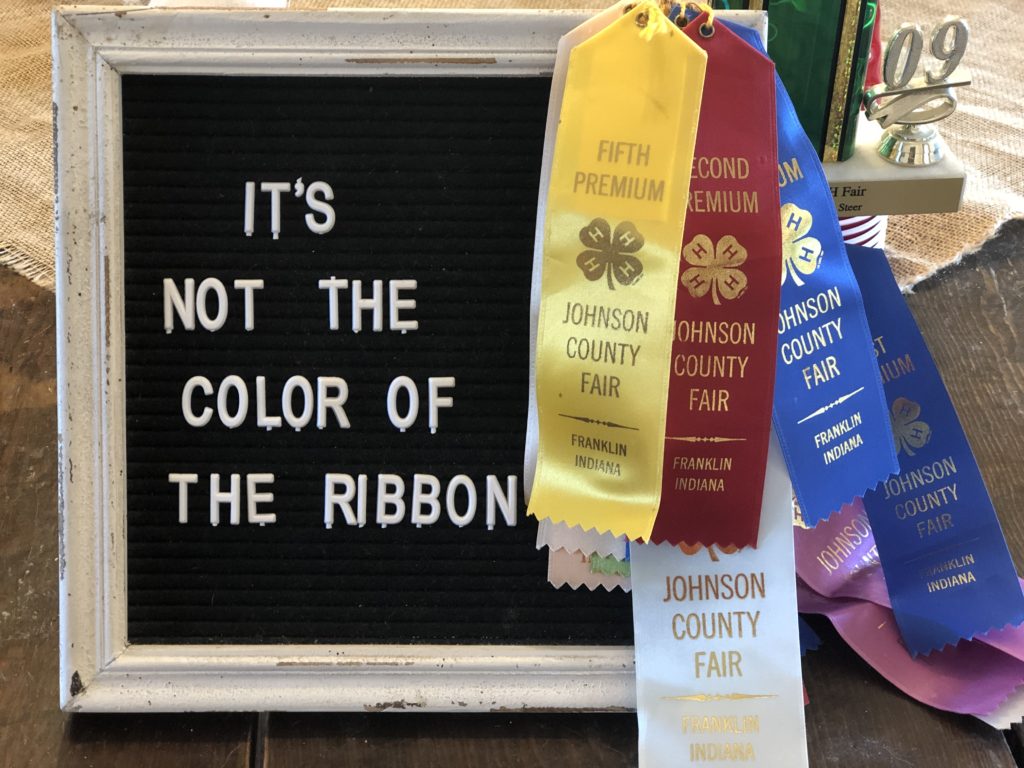 I wrote this July of 2015 but every word rings true every year!

County fair time brings about numerous Facebook status about Purple ribbons and banners.  But for every kid out there that earns that coveted purple item there is a handful of kids who took just as much pride and put in just as many hours of work-where are the proud parent status updates for those kids?

I speak from the perspective of a blue…….but mostly red, white, yellow and green ribbon family!  The first thing I told each kid before they started 4-H was we aren’t in this for the purple banners or ribbons, if that is the only thing you are doing this for than you aren’t in this for the right reason.  Don’t get me wrong, I encourage my kids to do their very best but just because it doesn’t earn the purple doesn’t mean it was a waste of time.

I sat in the cattle barn after the Wednesday evening steer show watching what felt like every other family in the barn hang their purple banners…..we earned none.  I was tired, feeling defeated and hungry.  Chris and Cole took me to Chili’s, it was off the fairgrounds and I ate a salad and drank two huge glasses of milk and adjusted my attitude.

I returned to the cattle barn with a different perspective.

The two steers my son showed he watched be born.  For a week every morning and every day the second he got off the bus he would run out to the barn to check and see if they were born.  He put the halter on them for the first time, he broke them to lead.

The steer our middle child took we wanted to leave at home.  We weren’t sure she had worked with it enough and he wasn’t all that pretty.  We took him anyway!  He was one of our best-behaved animals and the smile on her face when they got 2nd in his class in the market steer show was more than worth it.  She had seen him born, from a cow we have had for 8 years, she had put the halter on him for the first time and broke him herself.

The heifer our oldest showed spent two days living in our kitchen when she was less than a week old.  At two days old she was getting weaker and weaker only to realize she was blind from a vitamin deficiency and wasn’t able to find her Momma’s udder to nurse. Our daughter saw the heifer be born, helped nurse her back to health, put the halter on her for the first time, and broke her herself.

We had worked hard before and during the fair and I was going to be proud of every single ribbon my kids earned.  We left the Johnson County fair with blue, red, yellow, white, and green ribbons and my kids earned every single one.

It’s Not The Color Of The Ribbon

It’s walking away with your head held high for the work you did – a ribbon color is merely one person’s opinion on that day, it should be respected but it doesn’t have to define you! 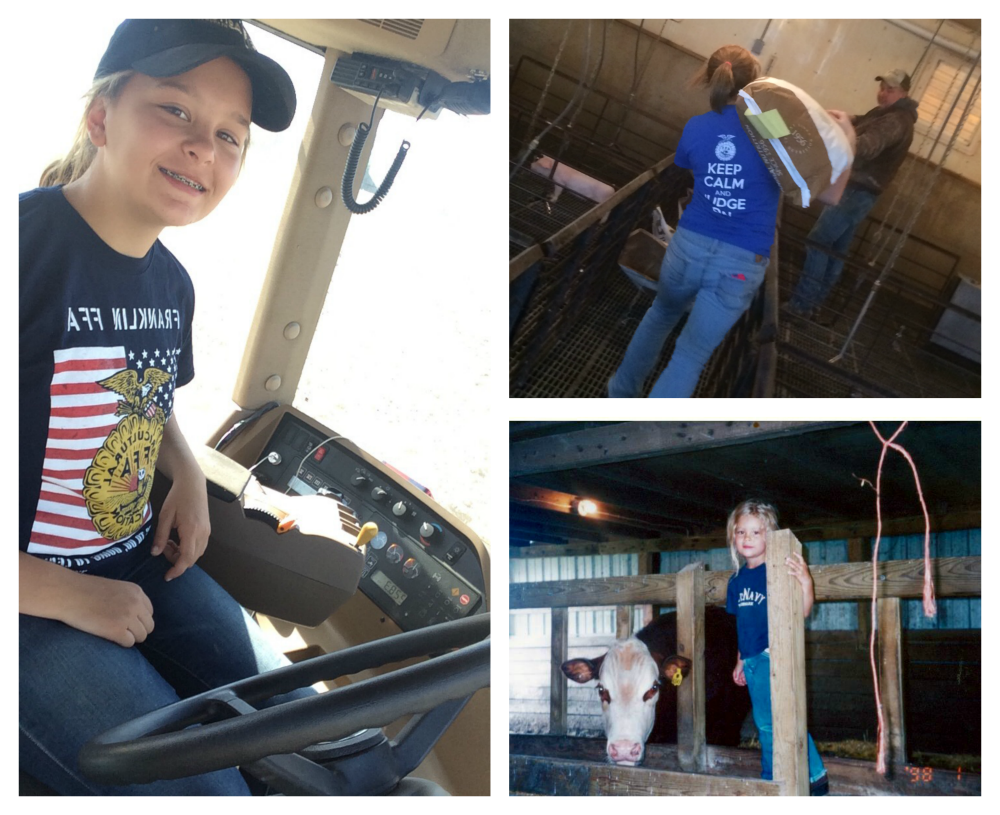 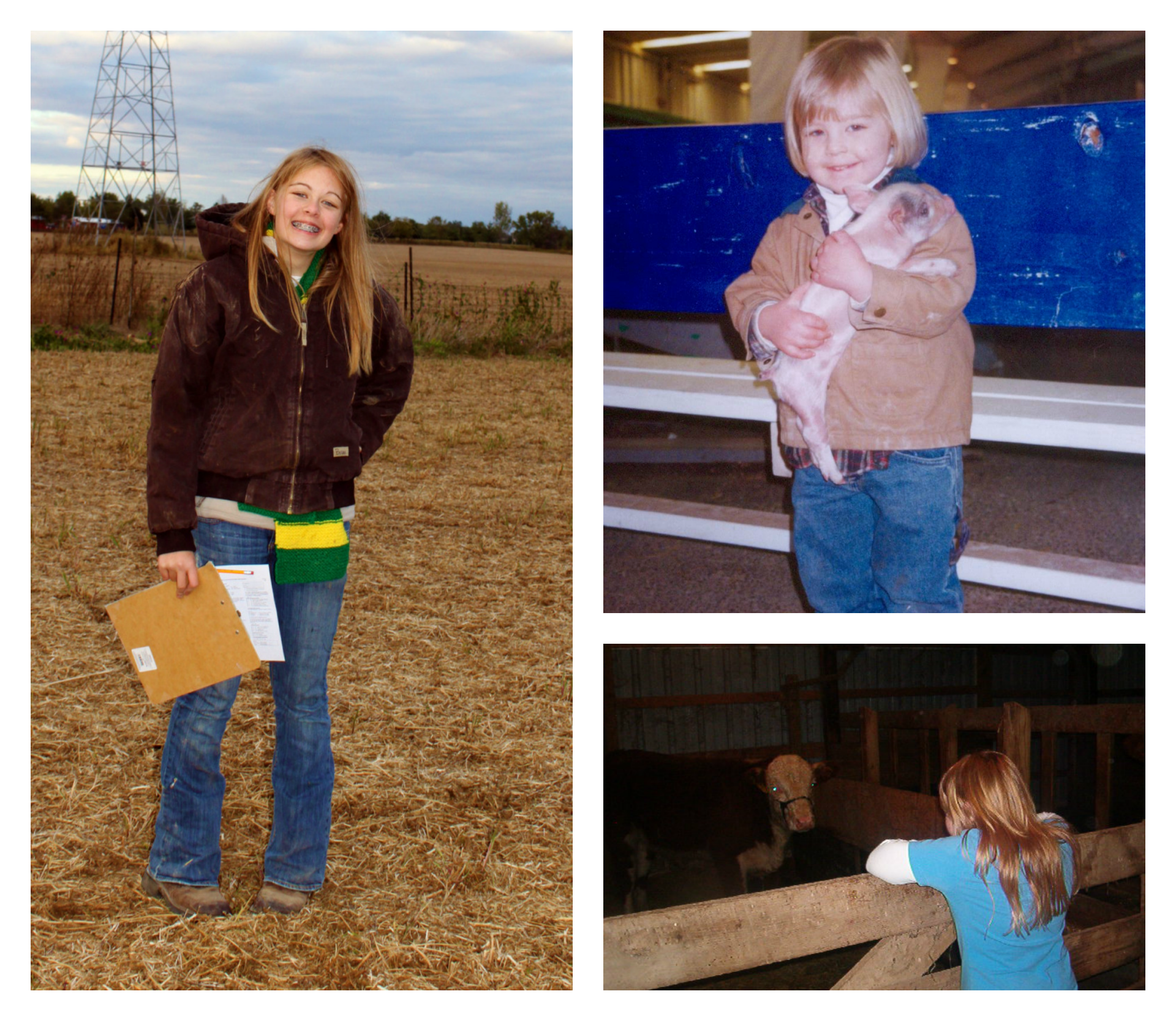 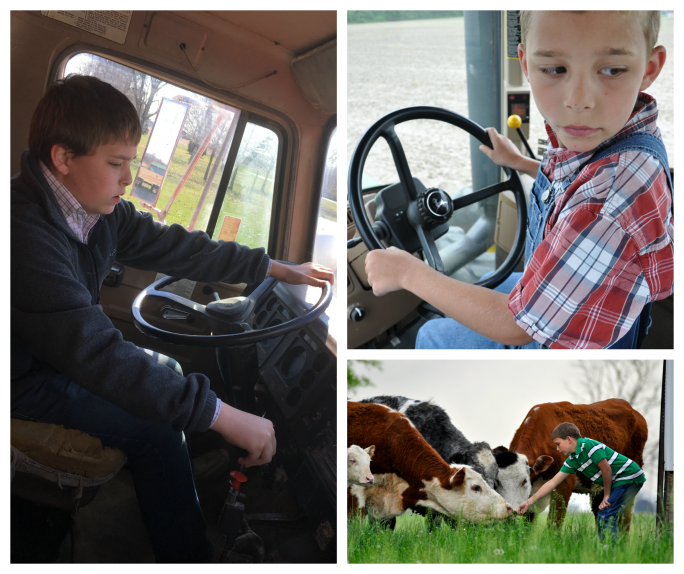 I hope all 3 of my kids know how proud I am of them every single year of their 4-H careers. But mostly I hope they had fun, enjoyed it, and when the time comes want their kids to participate! 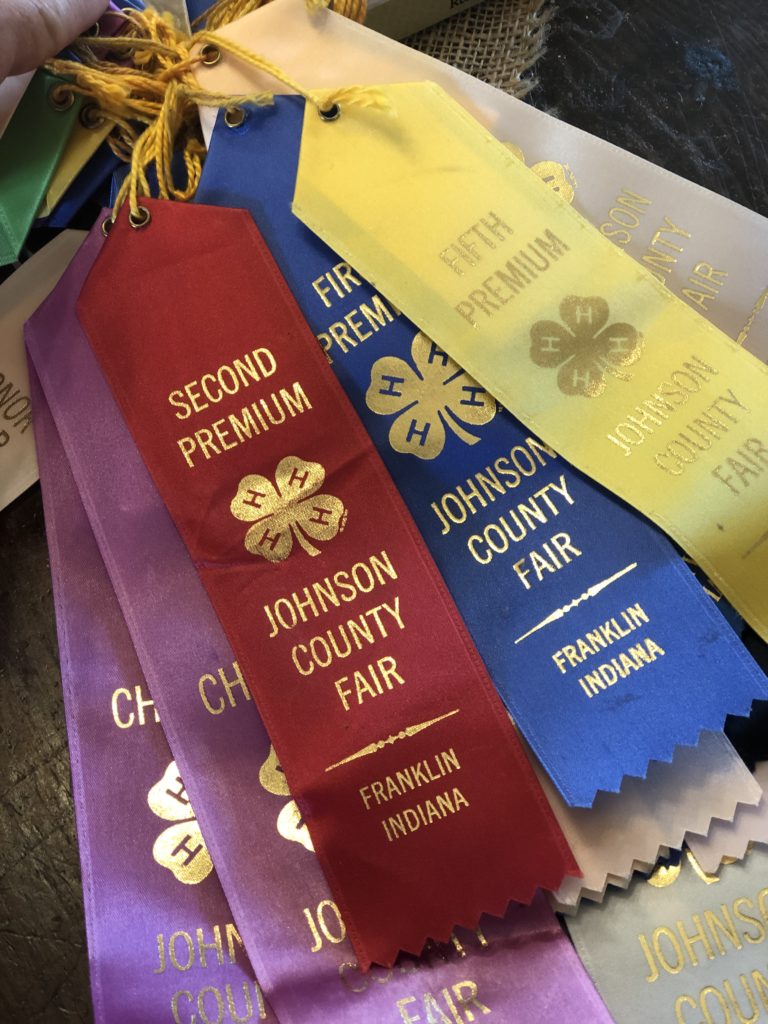