I love bologna, and yes I know what it is made of. Bologna Salad Spread is a great option for sandwiches or as a dip for a snack! 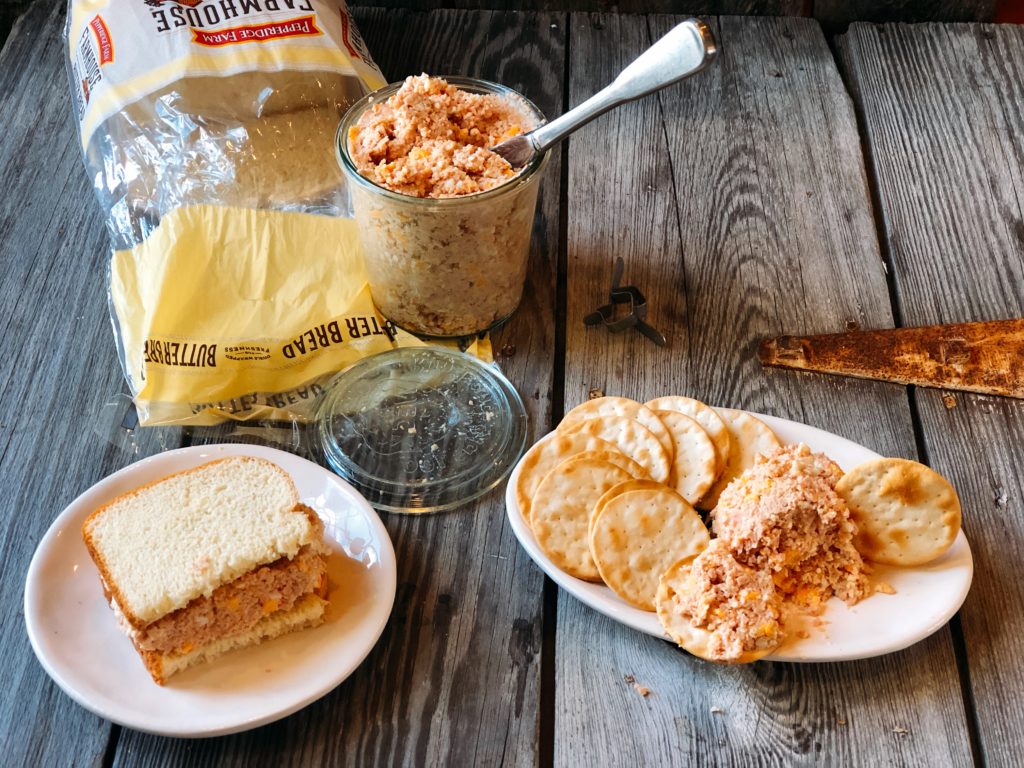 Yes, I love bologna. A couple of slices on white bread with mustard and American cheese makes me happy. Fry that bologna and it’s just as delicious! 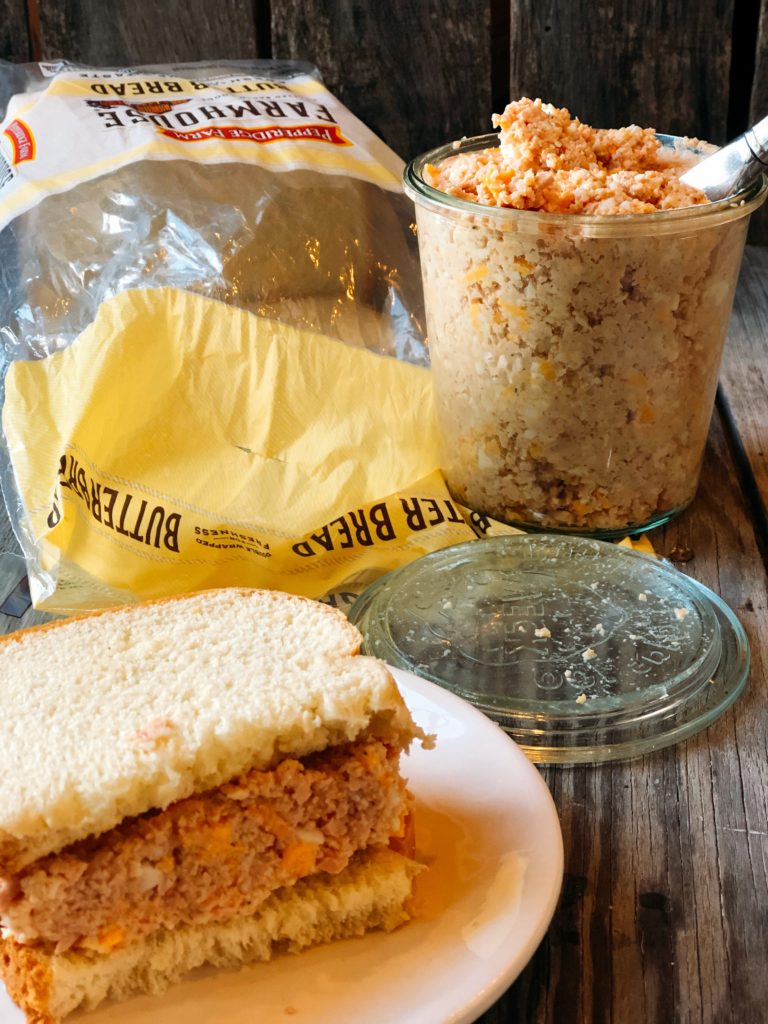 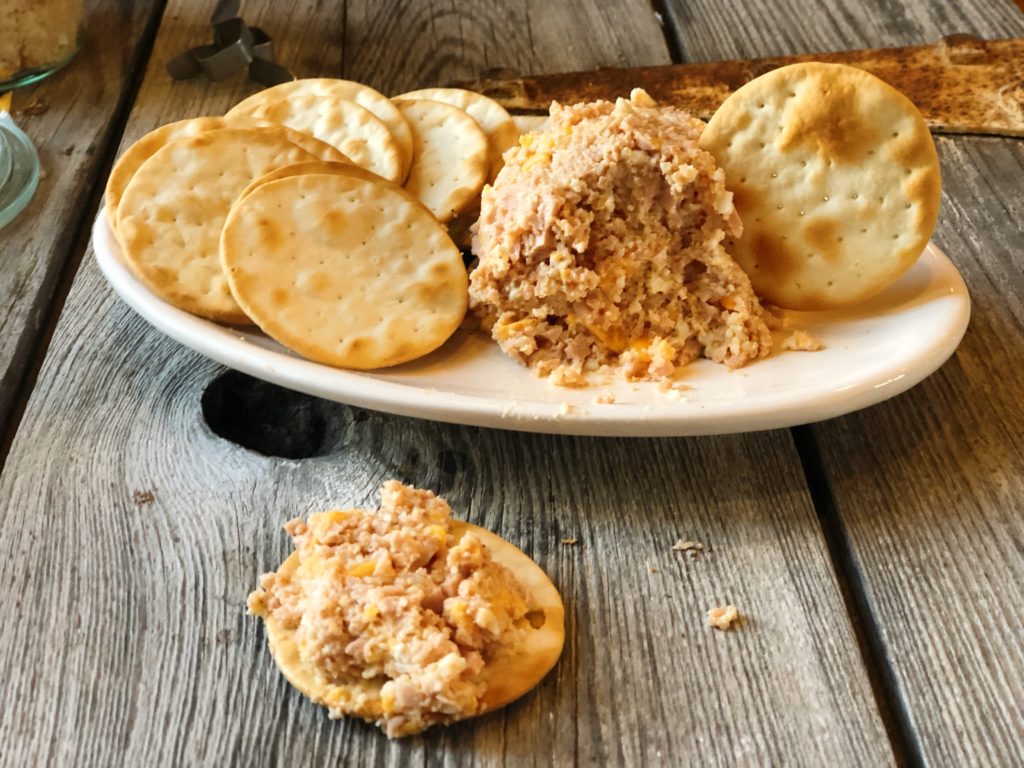 It literally just now occurred to me as I type that I love bologna and hate Spam. That is probably something a psychiatrist could spend hours on. I think it’s the ‘gel’ that is in the can of Spam that turns me off! But I digress, finding 300 words to let Google know I am a legitimate source on the subject of bologna is hard. 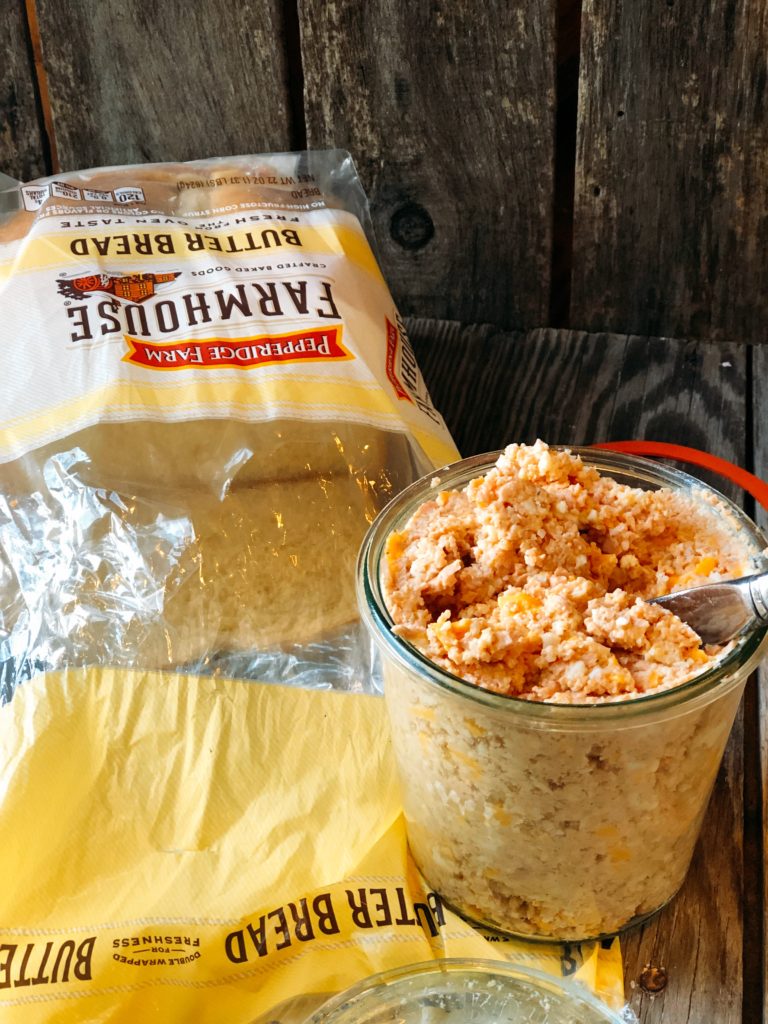 And can I add that I have my friend Sarah over at Farmwife Crafts for the addition of celery salt to this! I honestly would never of guessed that that would really put this spread over the top!

So I’m gonna be honest, this is good as a sandwich but I absolutely love it with crackers! The crunch and salty of the cracker really make this one of my favorite snacks. I love a good snack that has protein, is easy and has tons of flavor.

The measurements for the bologna and ham for this recipe are after they have been ground in the food processor. I only have a small 2 or 3 cup processor and I love it. It is easy to store and clean, I just have to process in smaller batches than if I had a great big one.

This recipe calls for 2 cups of processed ground bologna, I use the 12 ounce Eckrich sliced bologna and it comes out to exactly 2 cups. I love to keep cubed ham around for quick dinner recipes like my Quick Ham and Green Bean Lunch so I use it also in this recipe. 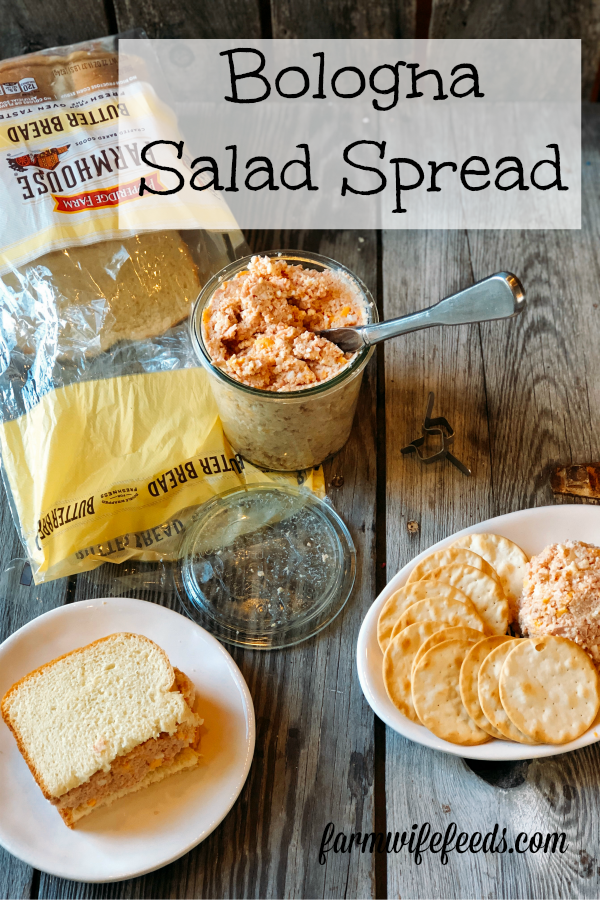 You might also love my Simple Homemade Ham Salad!

A quick to make spread for dips or sandwiches.
Print Recipe

This is my favorite food processor - it doesn't take up much space and does exactly what I need it to do. It is a 2 cup model. 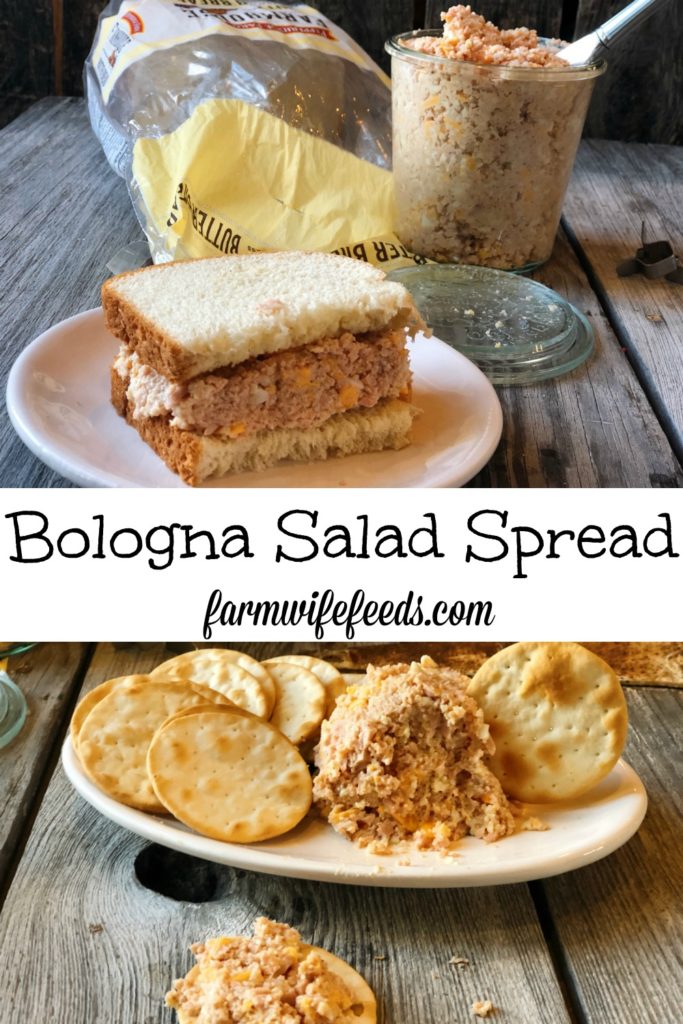