This Cinnamon Roll Bread Pudding is worth making extra cinnamon rolls for. It is a divine dessert, sweet breakfast or a super snack! 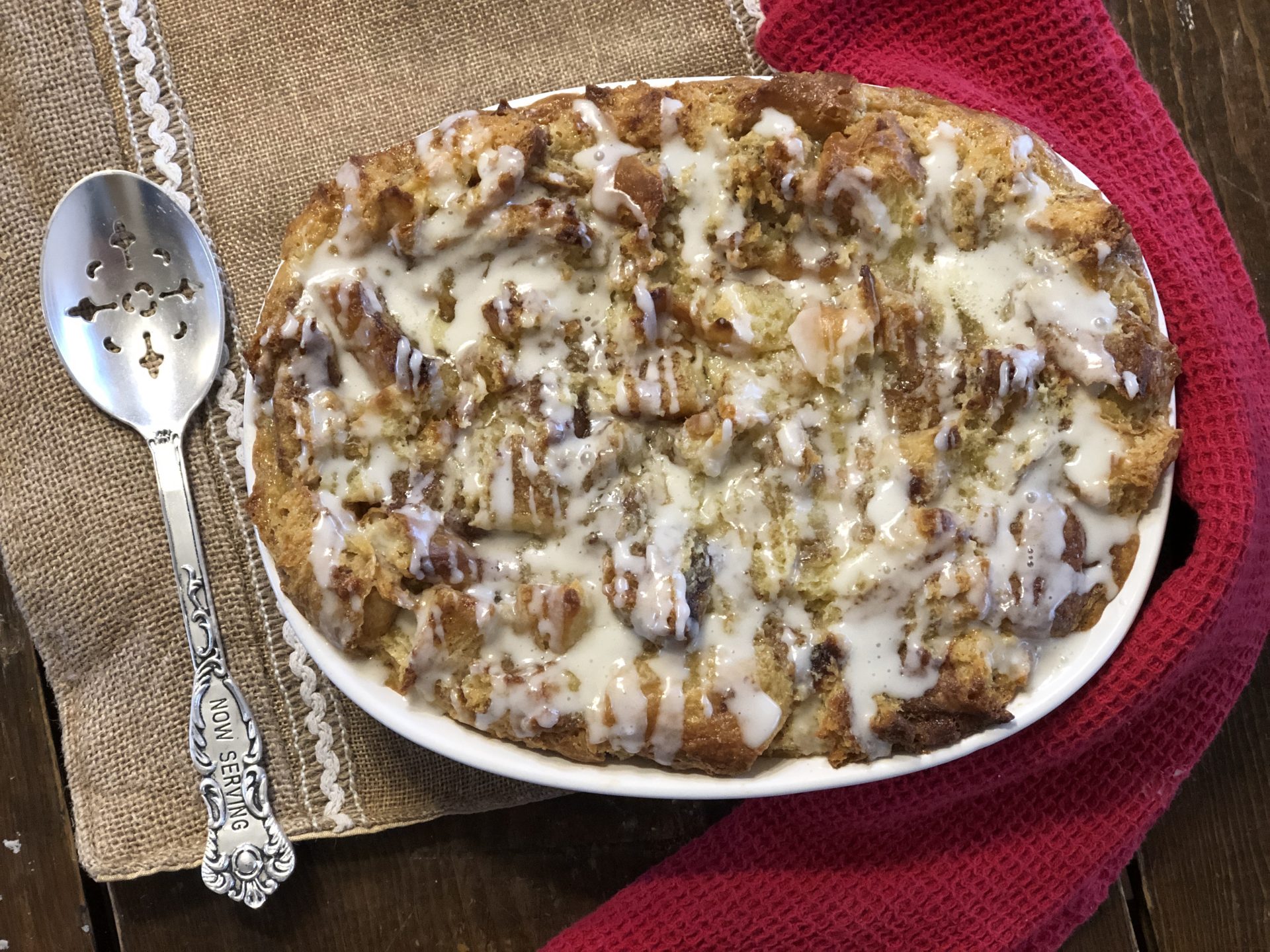 You guys, I have been literally dreaming, planning, drooling over this idea for over a year! 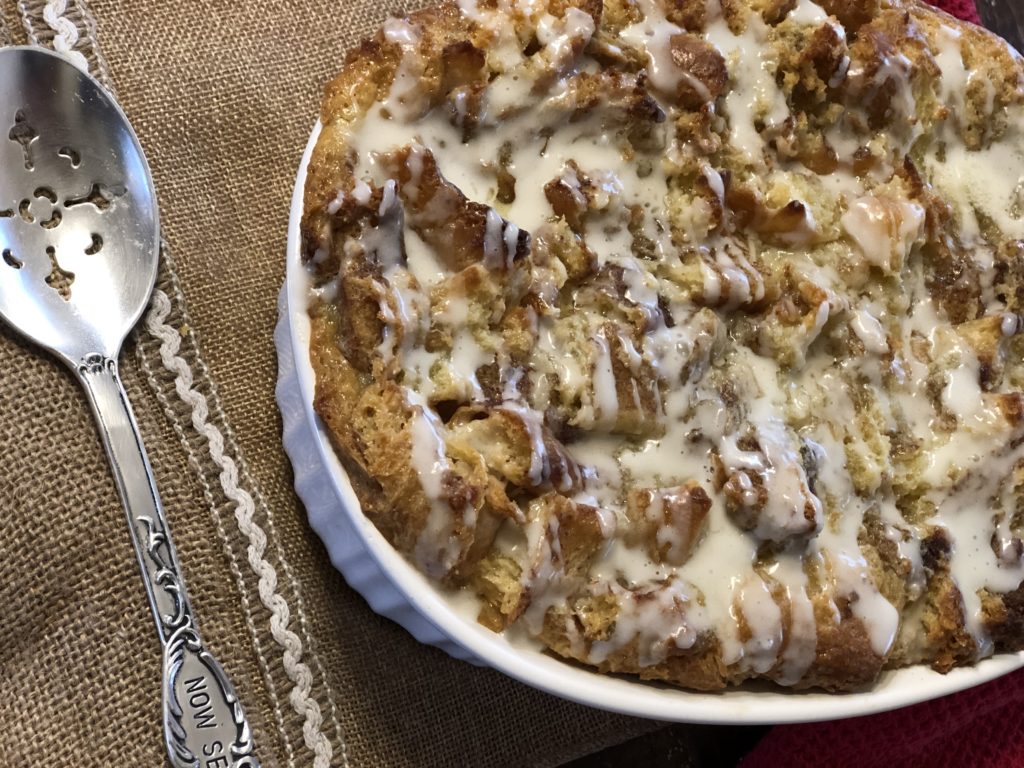 I’m not even kidding!  December of 2017 we were in Iowa for the oldest to graduate from Iowa State, which for the record she graduated with a bachelor’s degree in Agronomy a semester early, but I digress. 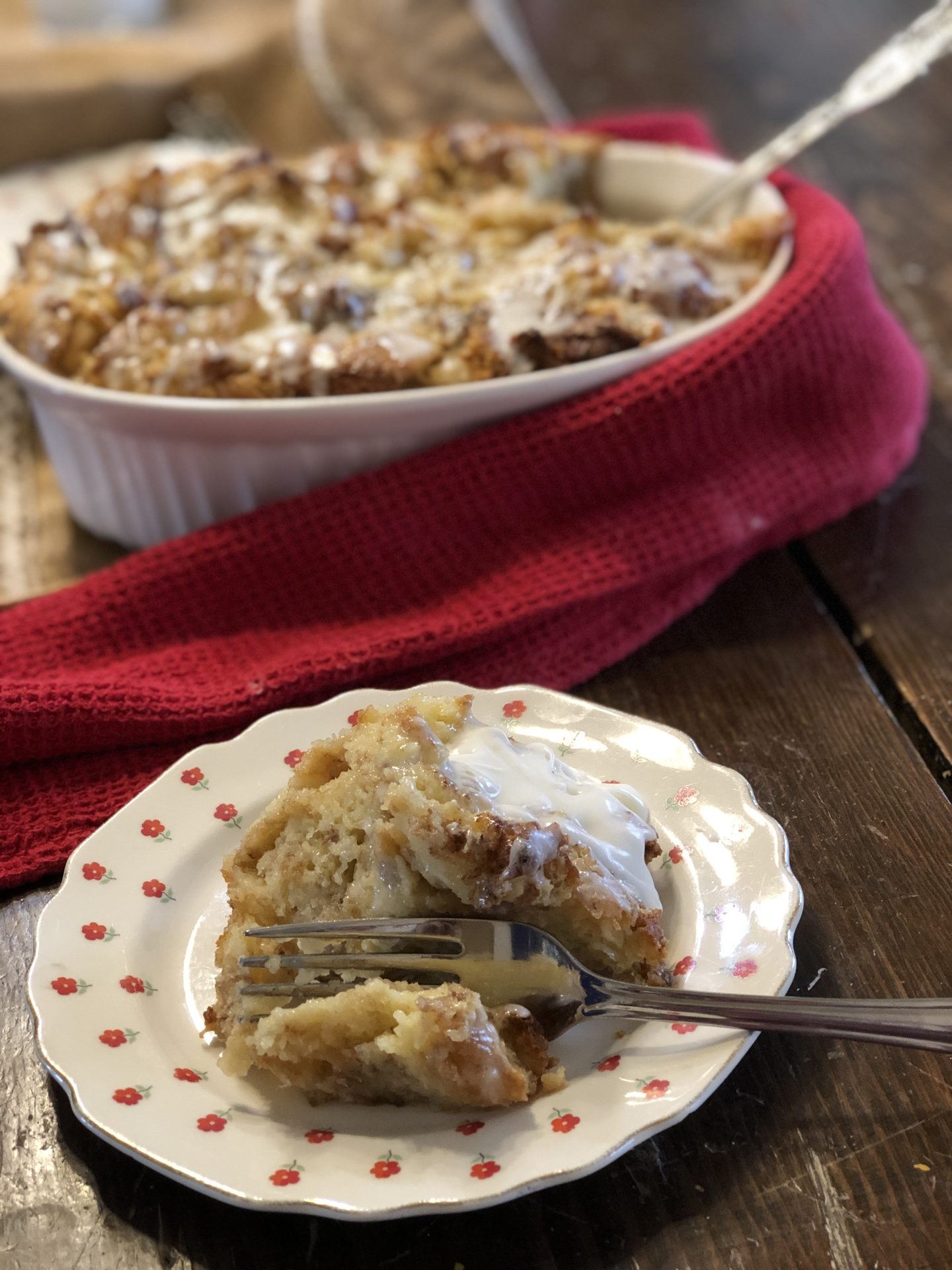 Chris and I stayed a few extra days to visit some friends in Iowa. On our way we stopped one morning for lunch at a cute restaurant in Pella.  I can’t pass up sweets and love desserts, so when I read those 4 words on the chalkboard menu, there was no doubt I was getting some! 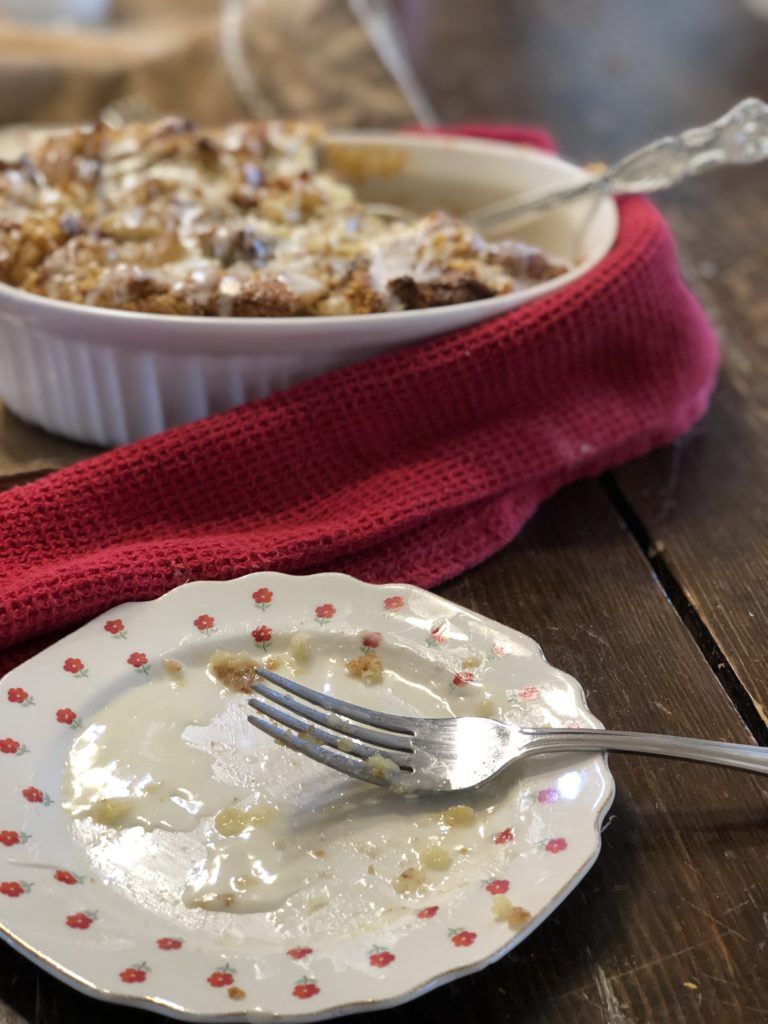 I couldn’t even wait while photographing………. 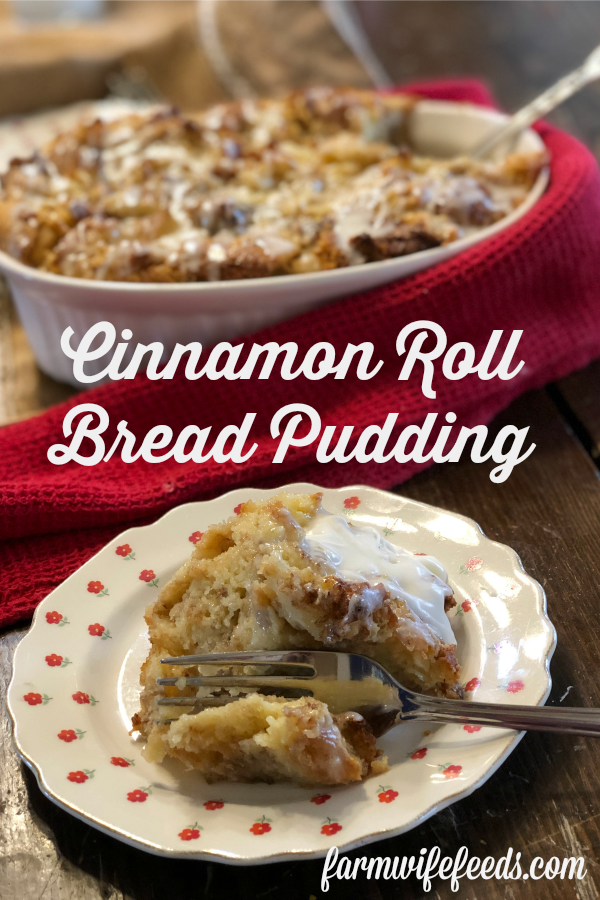 Here is the link for one of my favorite cinnamon roll recipes – this recipes makes a lot so a perfect way to get double duty out of a batch! 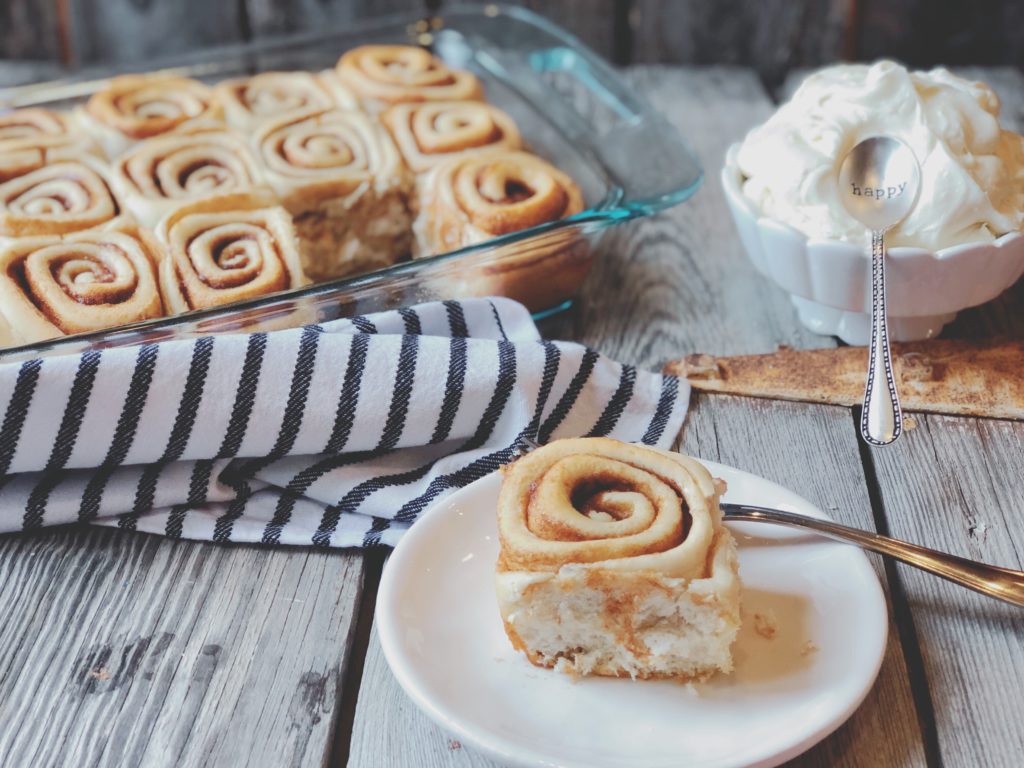 This is the perfect recipe for those cinnamon rolls you see on the clearance shelf at the grocery store. Take a sale item and inexpensivly make a decadent breakfast or dessert! 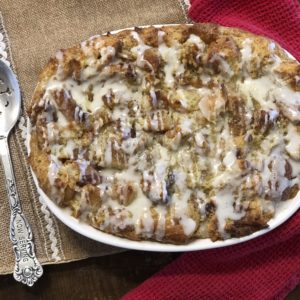 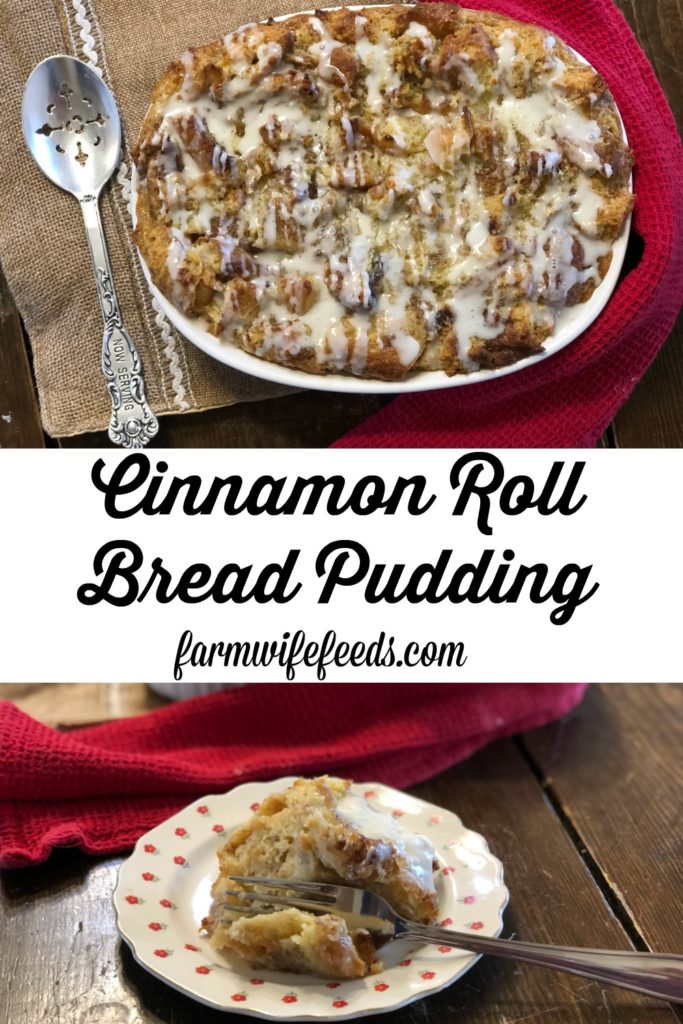