I am a firm believer that Cupcakes and Sprinkles are one of the most underrated underutilized pitch-in party items that should be on the menu! 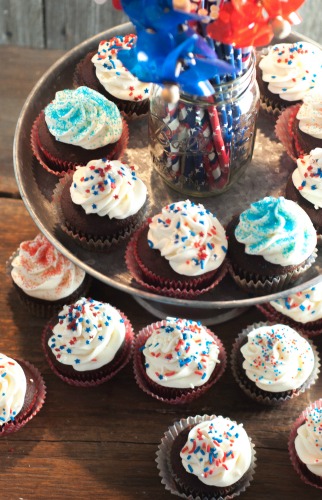 Let’s face it I’m always about 2 steps behind and while I can plan all I want in my head to take that homemade dish of mac and cheese, potato salad or 2 layer lemon cake  it just isn’t going to get made in the hour before we walk out the door to a party, get together with friends or neighborhood pitch-in! 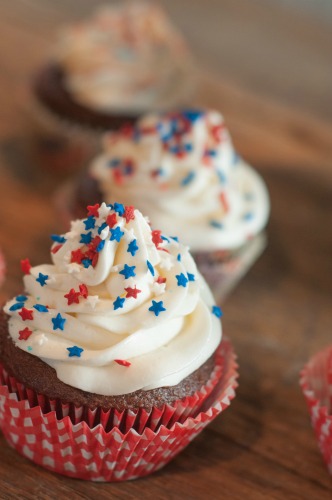 it’s either cupcakes and sprinkles or stopping by the grocery store deli, which I’m not above either!!!

I’m not even kidding when I say people will think you are so sweet and super talented and will thank you for all the time you spent!  But let’s be honest, at least right here with each other, it took less time to make these cupcakes than to take the pics and write this post, and even more honest…….my kid did the baking!!!

For her 16th birthday, which always falls during out county fair, my daughter wanted to hand out cupcakes from our cattle stalls to everyone else to celebrate her day!  Besides the fact that I was awed by her generosity we had tons of fun coming up with the perfect flavors to hand out, finding sprinkles & cupcake liners to match and toping with the perfect complimentary icing flavor!  And in the interest of keeping it on the up and up – we not only used homemade icing but boughten as well!!

And heck yeah those are cow sprinkles……. 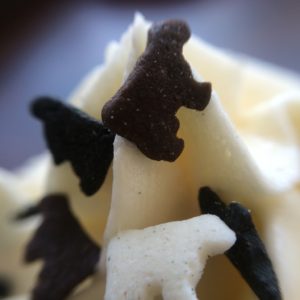 Whether I make homemade icing or use the boughten stuff I always put it in a pastry bag with one of my favorite icing tips and quickly ice each cupcake – it’s super easy, honestly almost quicker than using a knife to ice them and it totally makes them look professional! 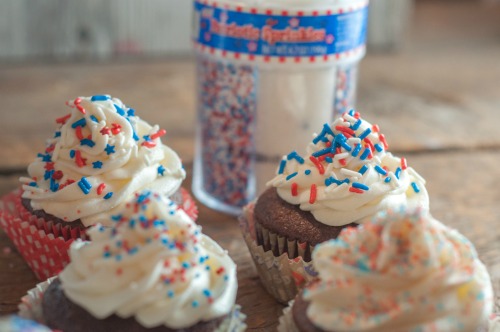 Throw on your sprinkles and WAHLA a masterpiece!