These Dreamy Triple Layer Jello Cups are yummy!  Seriously that’s the word I am choosing ‘YUMMY’ and while they look like 3 layers there’s actually only 2 layers of jello to mix and let set! So you look like a Jello genius in a lot less time-but that’s just between you and me! 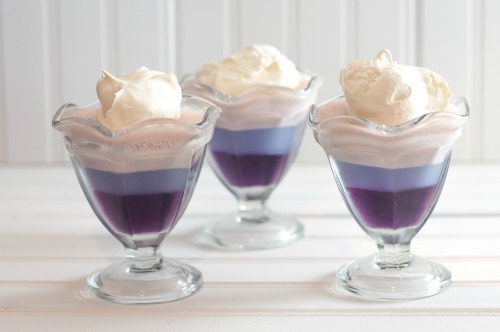 I love Jello, it makes me smile!  I have ignored Jello for quite a few years now but no longer!  After my reunion with Finger Jello I have a renewed love of this fruity flavored fun dish!

When Liz over at Farmwife Cooks called me and said “I have a project idea” I said “I’m in”…….then I asked what the project was!  It’s kind of how I roll!

And of course you could do Jello for any color of the rainbow but I choose purple!  Grape Jello and Cool Whip sounded yummy and I thought the purple would be so pretty in my Sundae cups! 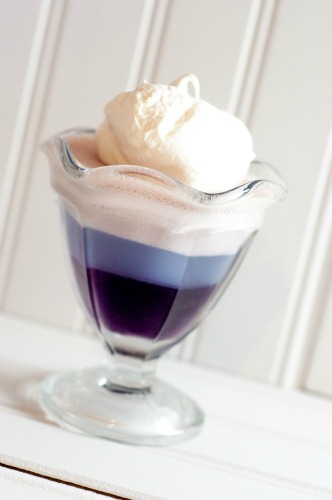 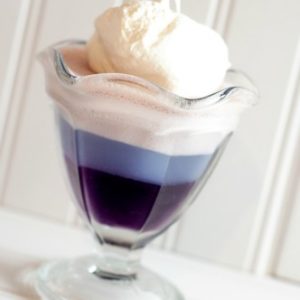