Easy Apple Pie Cinnamon Rolls are the perfect super simple recipe. If you don’t tell people they will never know how easy these are, they will only be asking for seconds. 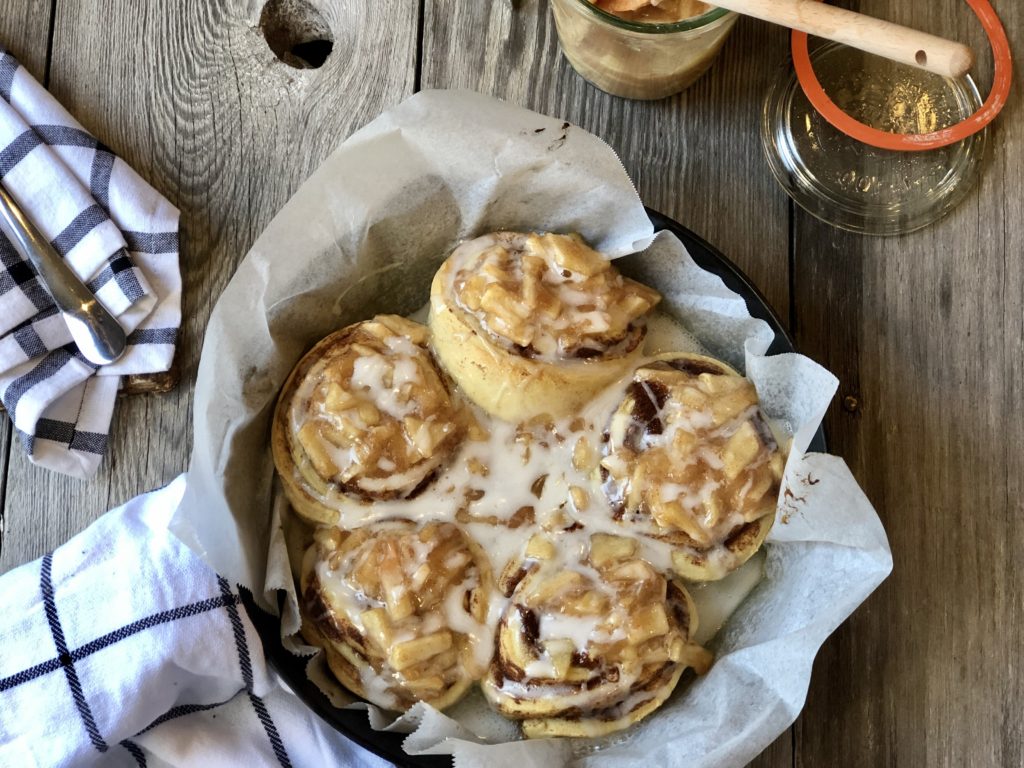 When you see the recipe and realize how easy these are you will want them all the time. And the great part is, you can! 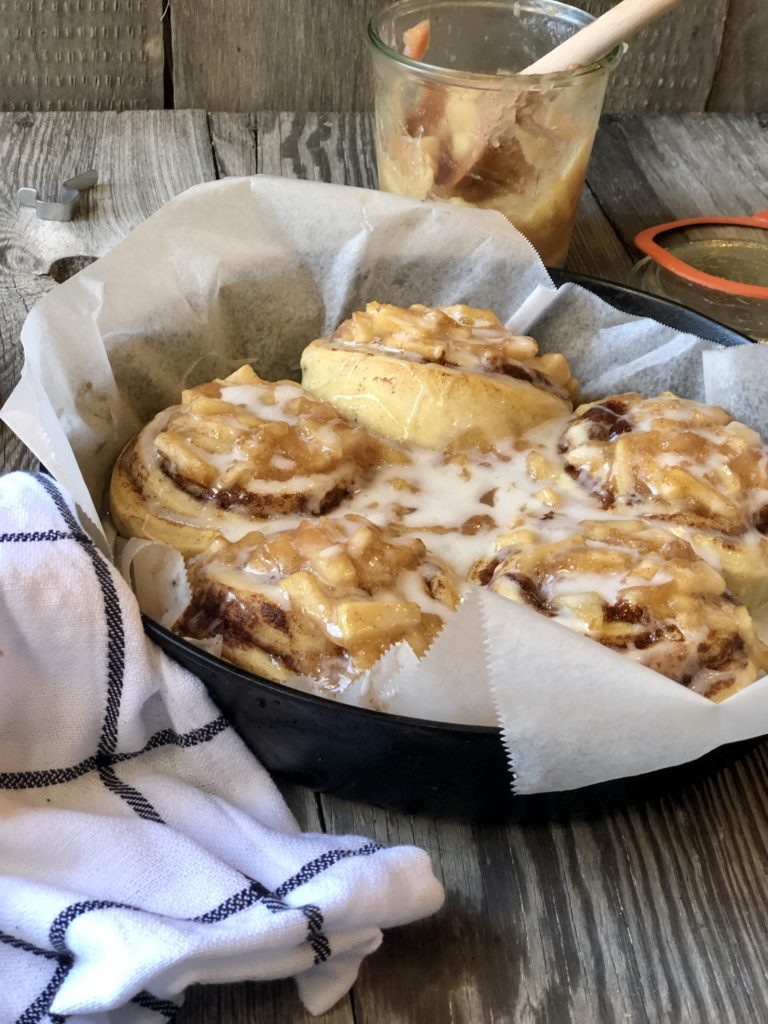 Easy enough for a weekday breakfast, decadent enough for an amazing addition to your weekend breakfast or brunch! If I have some on hand I love to use my Apple Pie Filling and Topping but I am no stranger to canned apple pie filling! 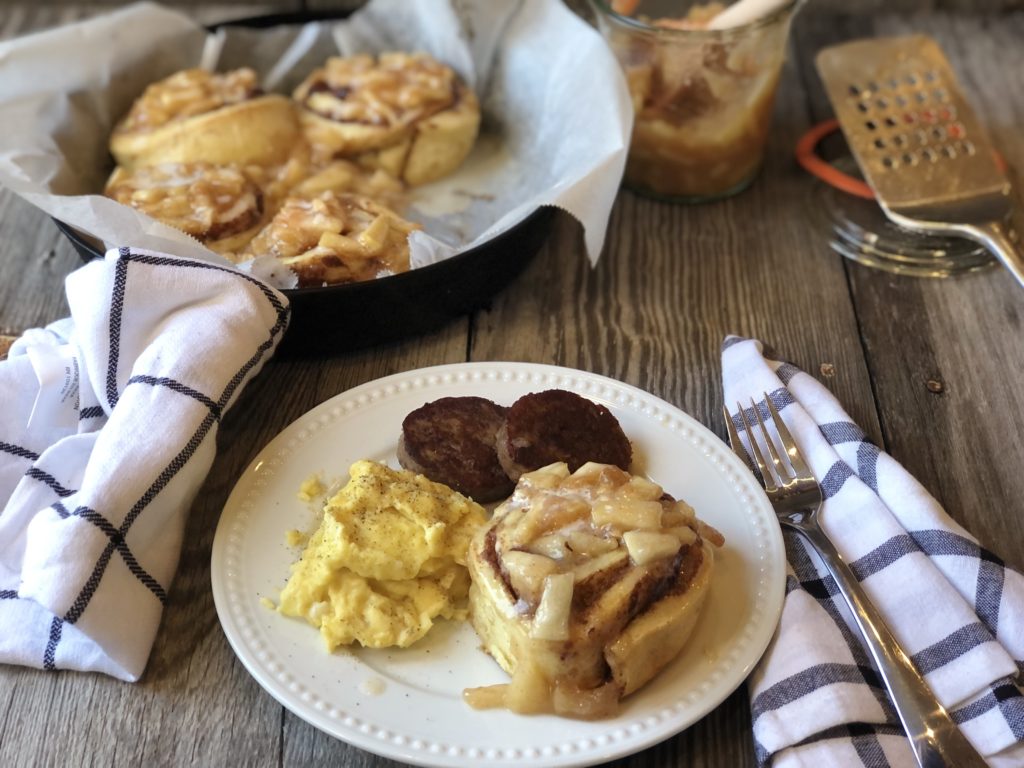 This tastes just as amazing in a baking dish but I love to make this in my cast iron skillet! 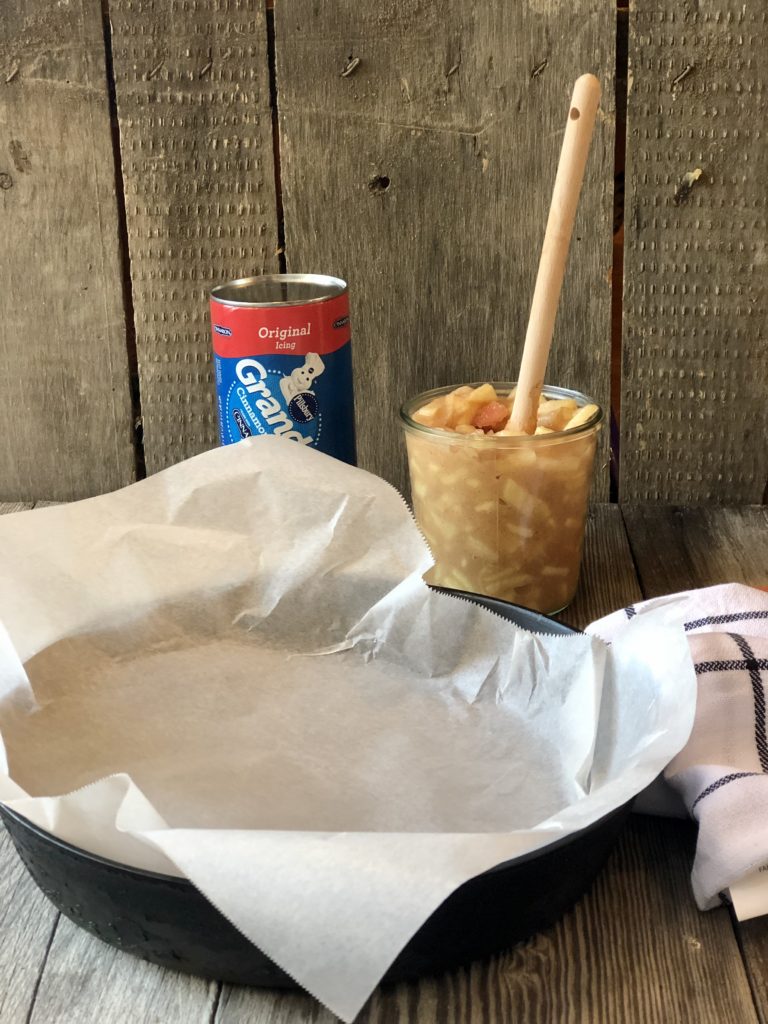 Start by placing a sheet of parchment paper in your skillet. Easy clean-up plus it just makes it look so rustic and homemade. Perfect for serving as well! 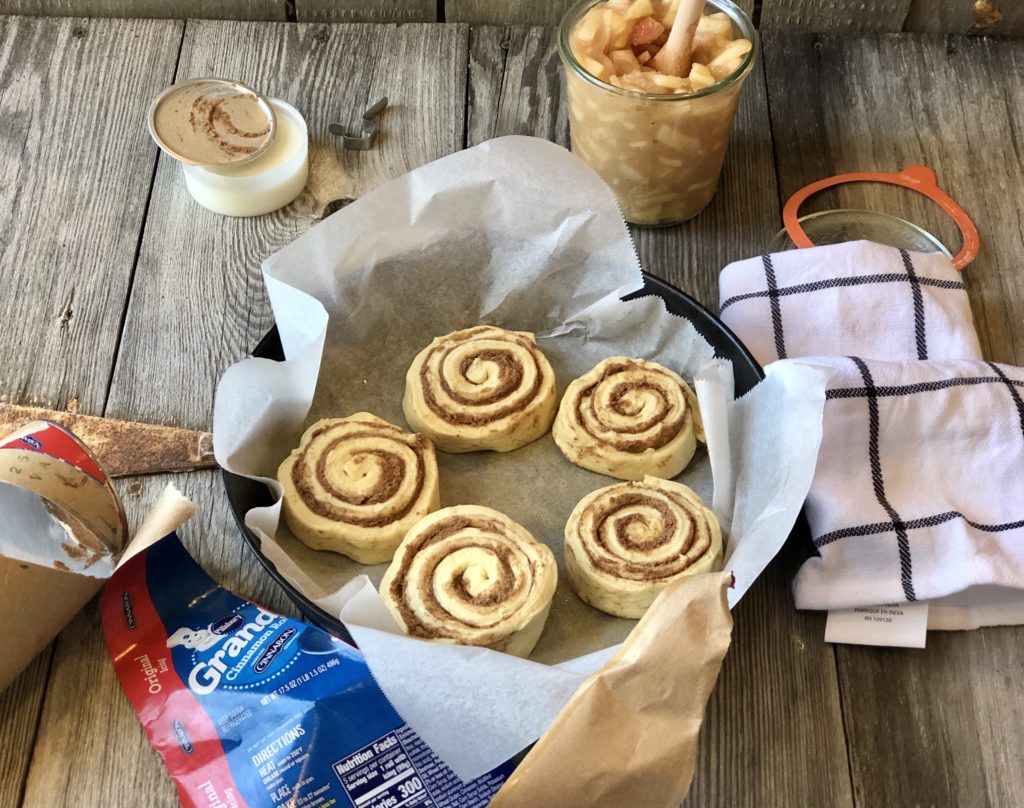 Lay your cinnamon rolls about in a circle not touching as they will expand and rise while baking. 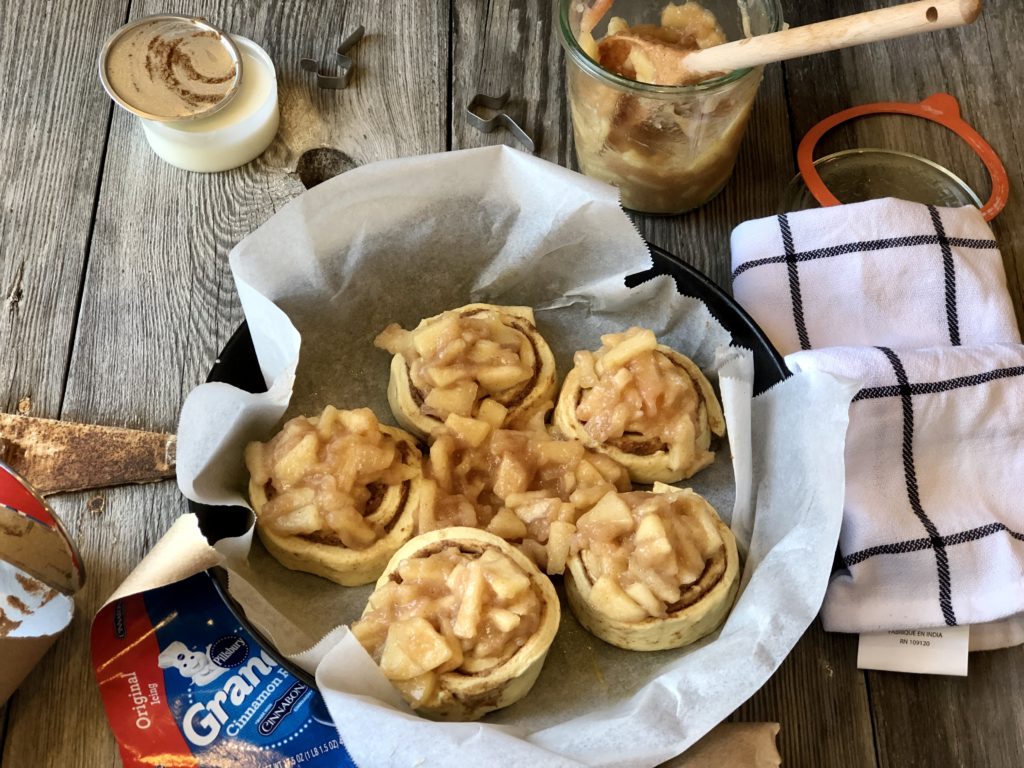 Next, go crazy topping them with the apple pie filling. I put a happy spoonful on each cinnamon roll and place the extra directly in the center. As the cinnamon rolls bake and the pie filling gets warm it works its way into all the nooks and crannies.

Then bake in a pre-heated 350 degree oven for 20-25 minutes until cinnamon rolls are done in the center. 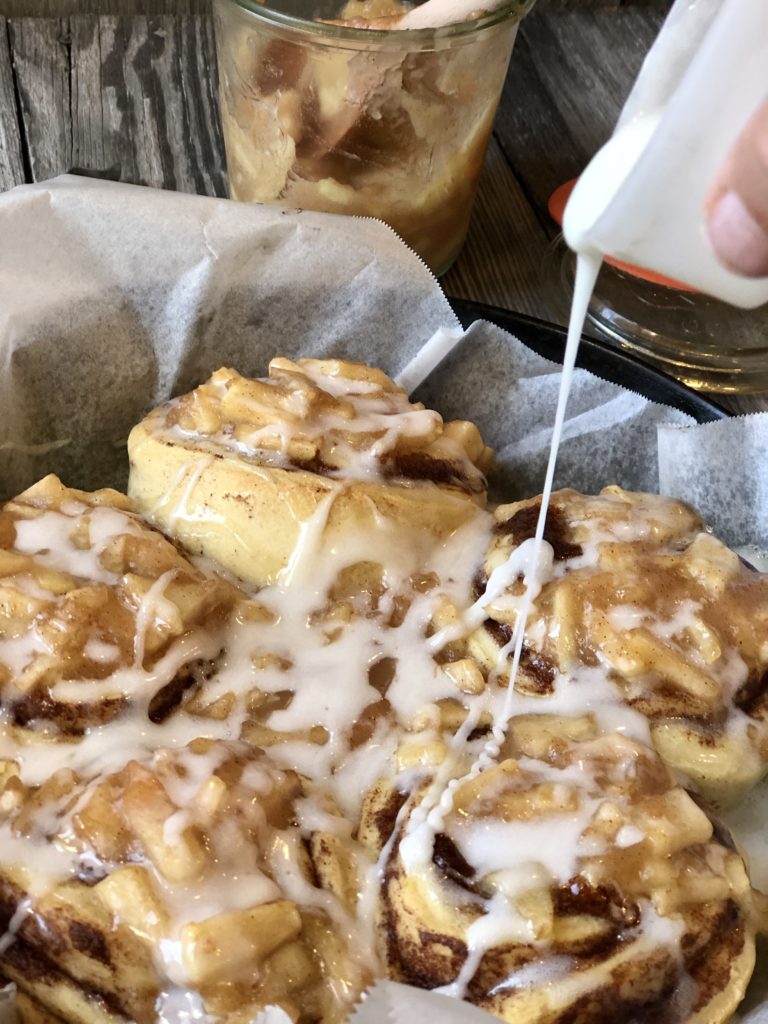 Once out of the oven drizzle with the icing that came with the cinnamon rolls. 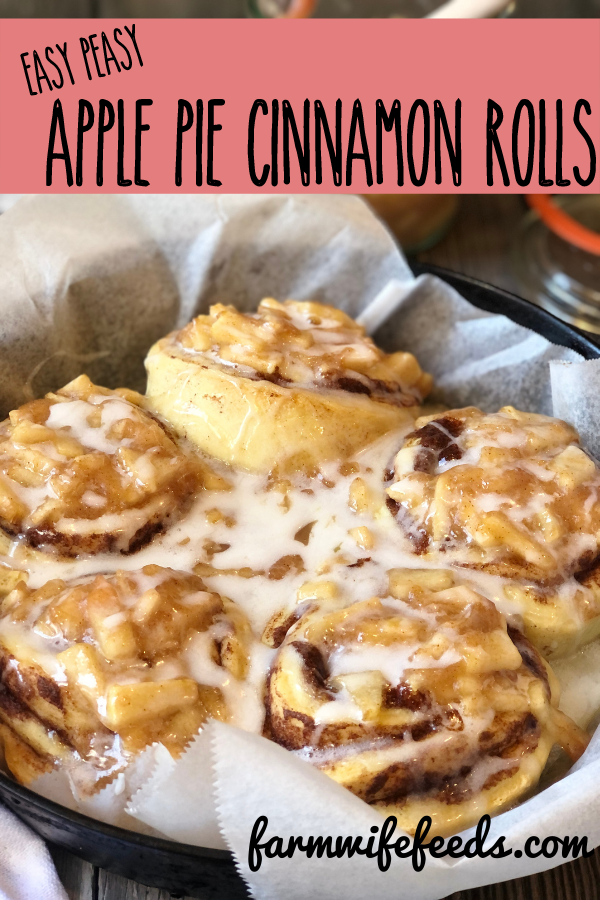 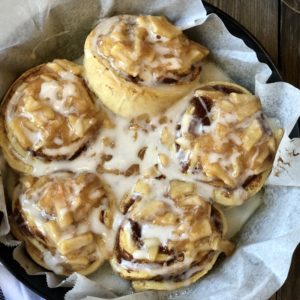 Recipe Notes: I love to bake mine in my 10 inch cast iron skillet, it makes this easy dish look rustic, homemade and fancy. Place a piece of parchment paper in your skillet and follow the recipe. You can pop the icing in the microwave (minus the metal lid) for a few seconds to make it easier to drizzle if you need to. 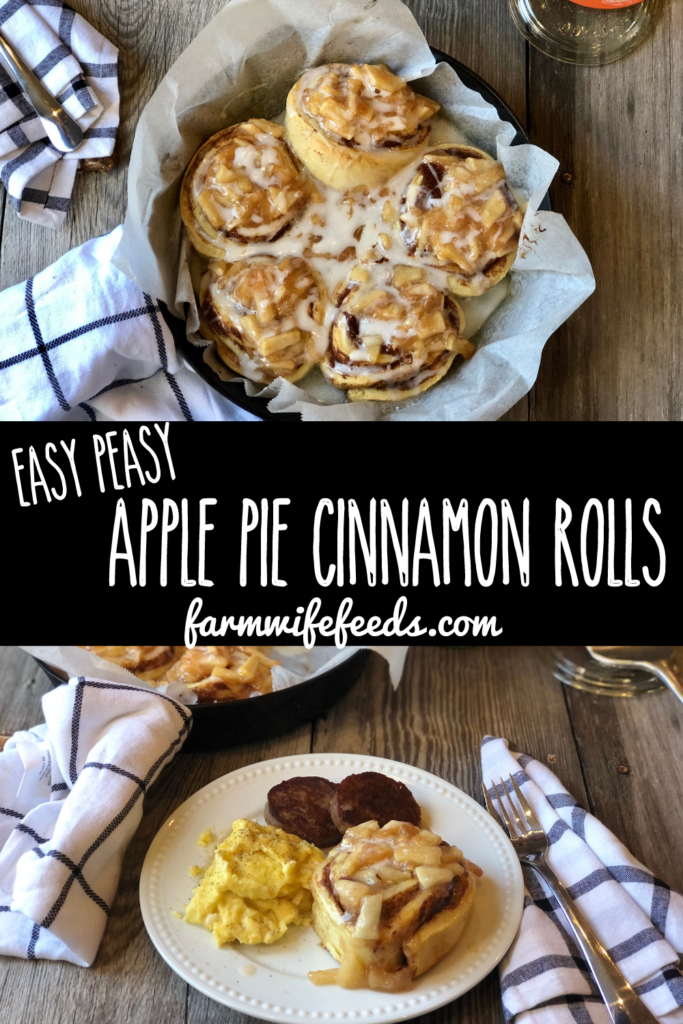