You guys there is nothing like the County Fair Chocolate Milkshakes we get from The Johnson County Farm Bureau building. They are an ingrained part of any  Johnson County 4-H and Agricultural Fair traditionalist. 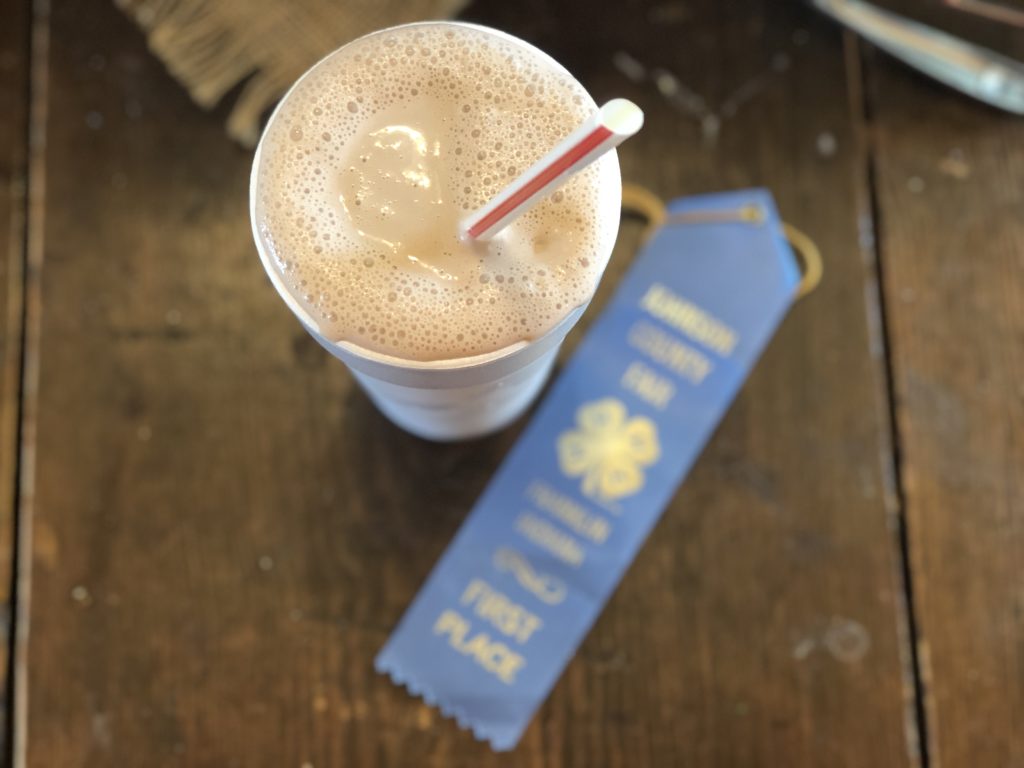 I know milkshakes aren’t rocket science but there are different ingredients that give different settle flavors. And I had to stretch back into my memory to make the OG of farm bureau milkshakes.

Today’s version is good don’t get me wrong but it’s made with a milkshake machine and a milkshake mix. But in the good old days, you would add quarts of vanilla ice cream and gallons of chocolate milk to a great big milkshake mixer and dispenser that was ancient old when I was young!

I have no idea why using chocolate milk instead of regular white milk and Hershey’s chocolate makes a difference but it does.

Legit, that is all. It’s so simple 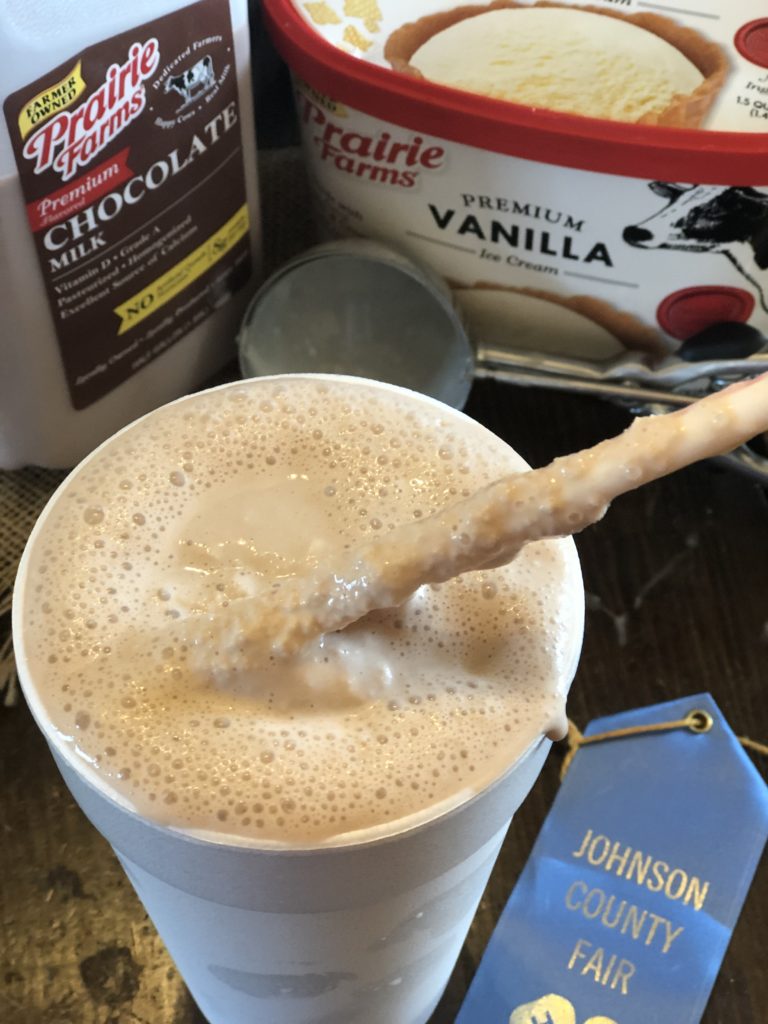 I said before that making milkshakes is not rocket science so don’t overcomplicate it. It’s ice cream and milk. I’m going to give you some rough measurements but relax, if it’s too thick add more milk a little at a time. If it’s too thin, add another dip of ice cream.

I think there are 2 keys to this shake: 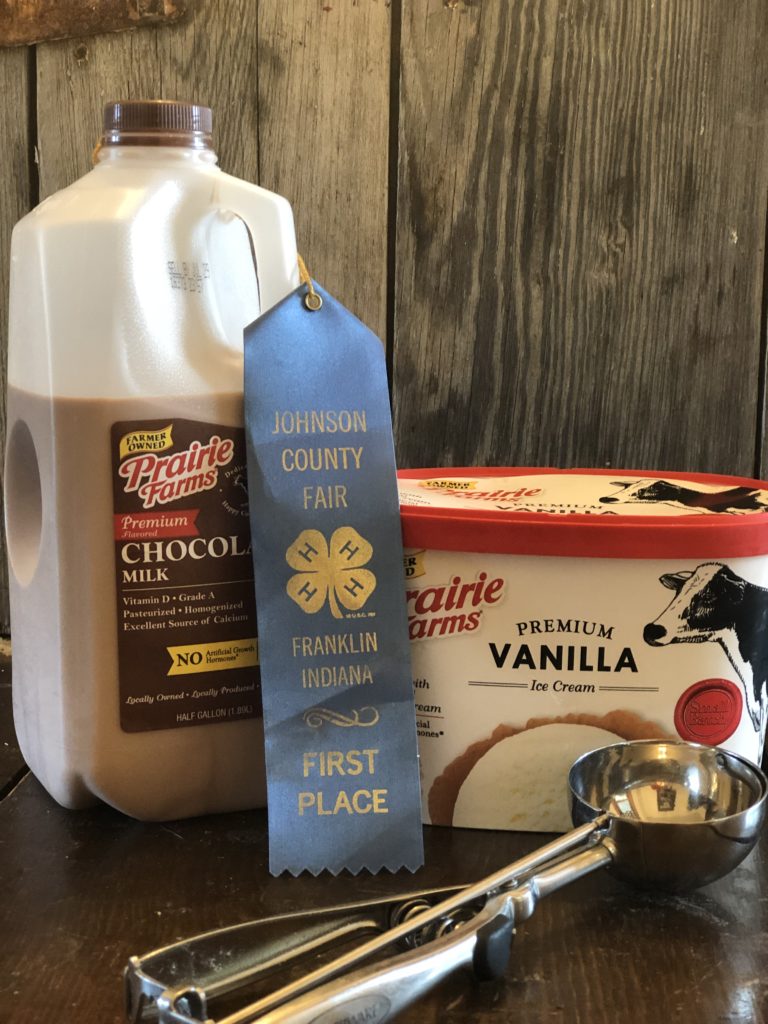 This was taste tested by multiple Johnson County Fair devotees – aka my kids and husband and myself! 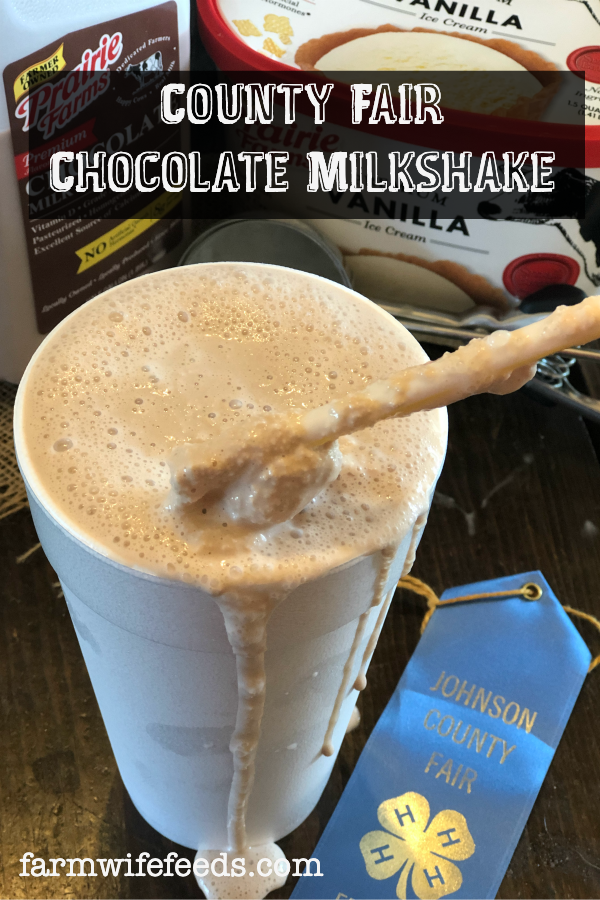 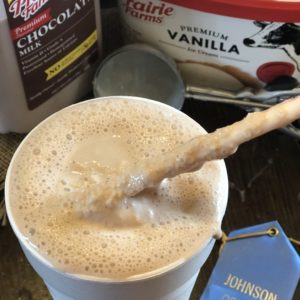 I can't stress enough to use store-bought chocolate milk and a simple vanilla ice cream to get the flavor of the traditional Johnson County Farm Bureau milkshake. 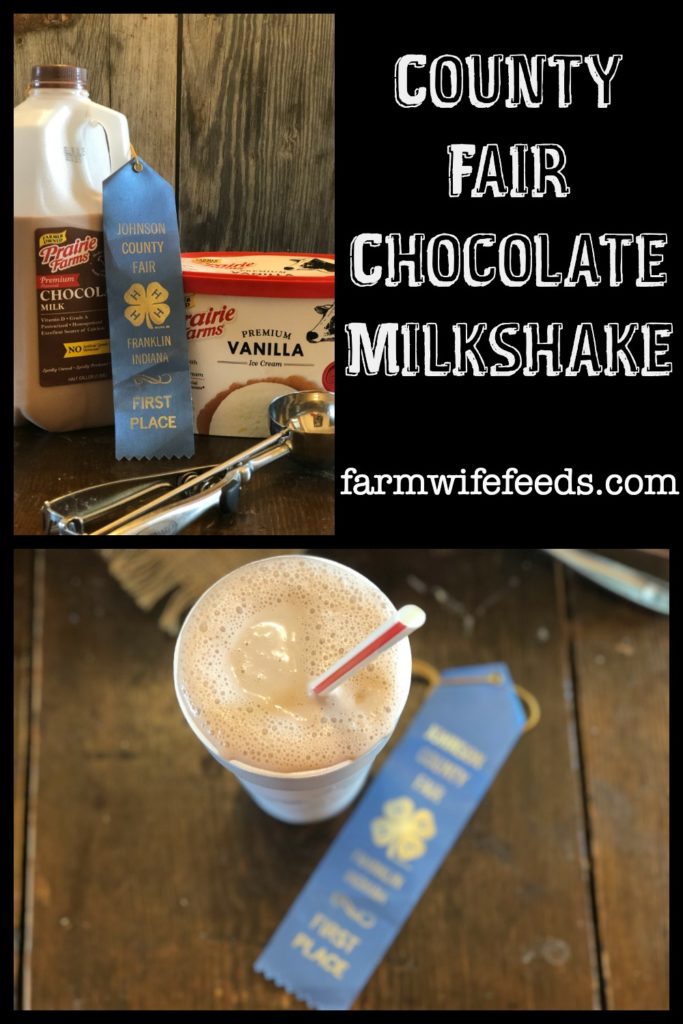