Happiness is Spiced Rum Peach Crisp, just the name alone makes me smile. Fresh peaches soaked in just a bit of rum with a crumble on top. 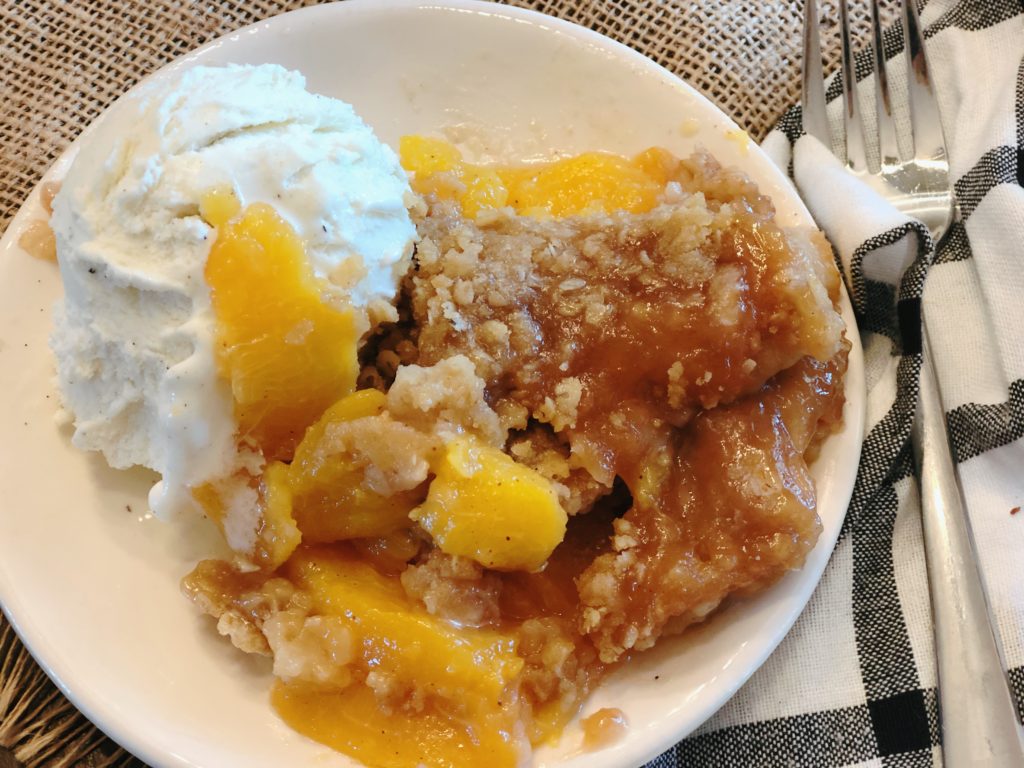 Not a rum fan have no fear, this can be done with so many options for the liquid. Spiced Rum just made my mouth water when I was looking for the perfect complement to fresh peaches for this recipe. 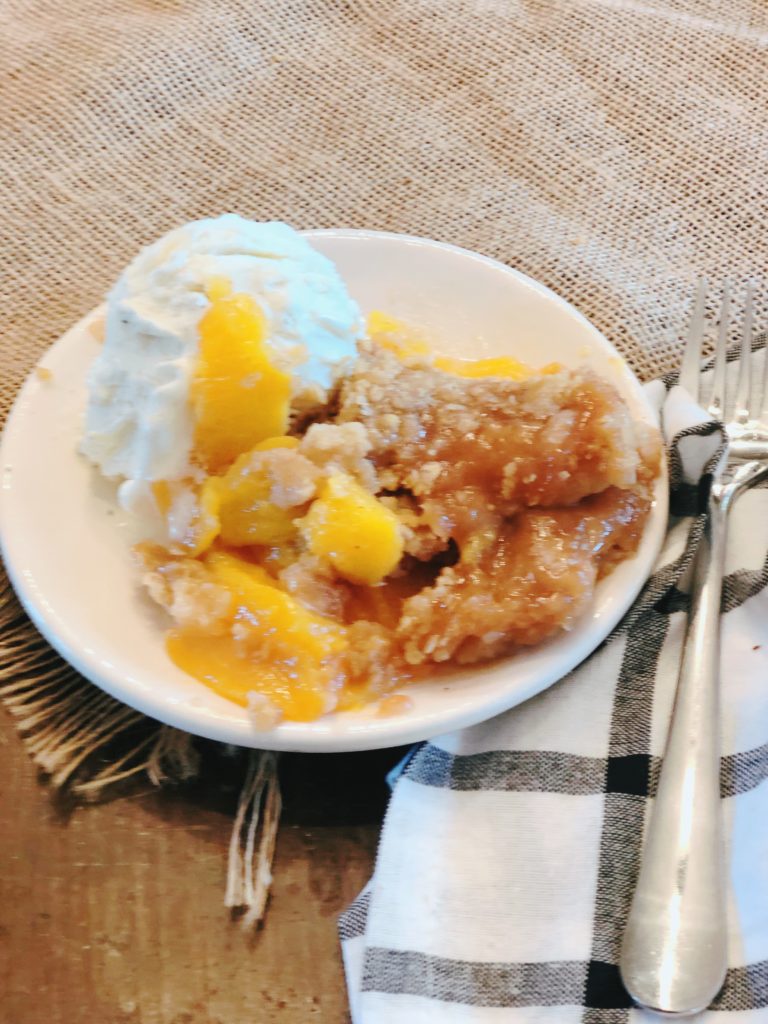 Of course, the first thing I do when a recipe that involves liquor comes to mind is to consult my friend Leah over at Farmwife Drinks! And of course, she let me know any hard liquor would be fantastic in this dessert!

I love to make this during peach season….or is it…while peaches are in season? But the great thing about recipes like this is it is just as good using peaches in non-peach season. We are so lucky that we get fresh fruits and vegetables year-round so this can easily be made in the winter and be just as delicious! 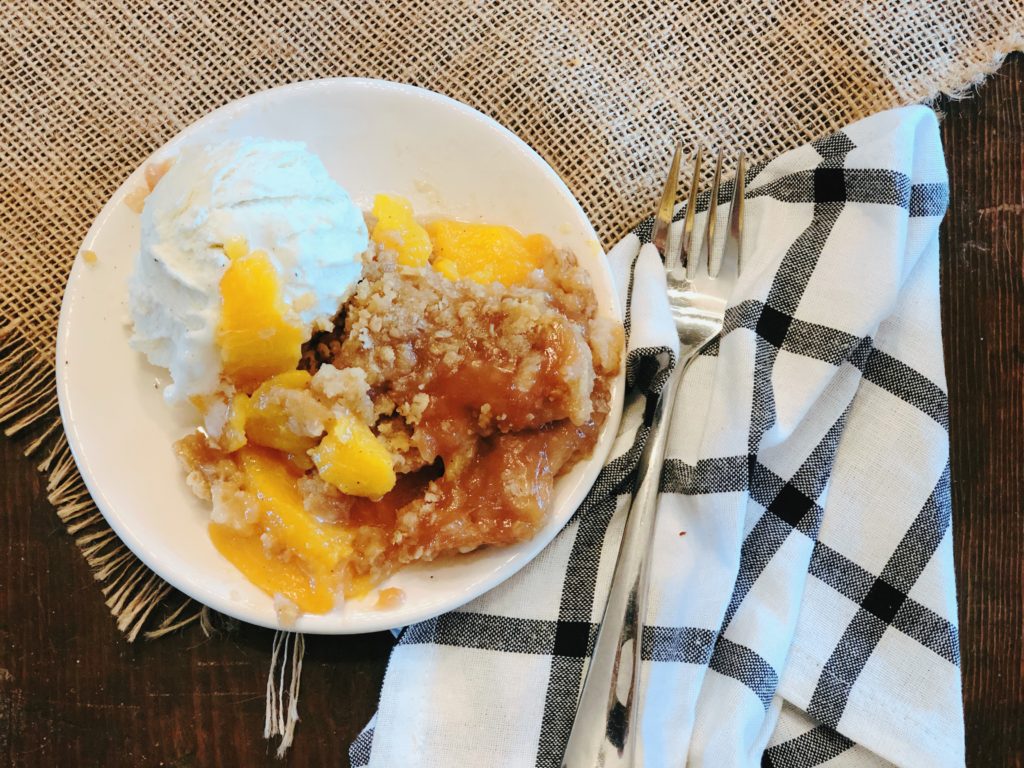 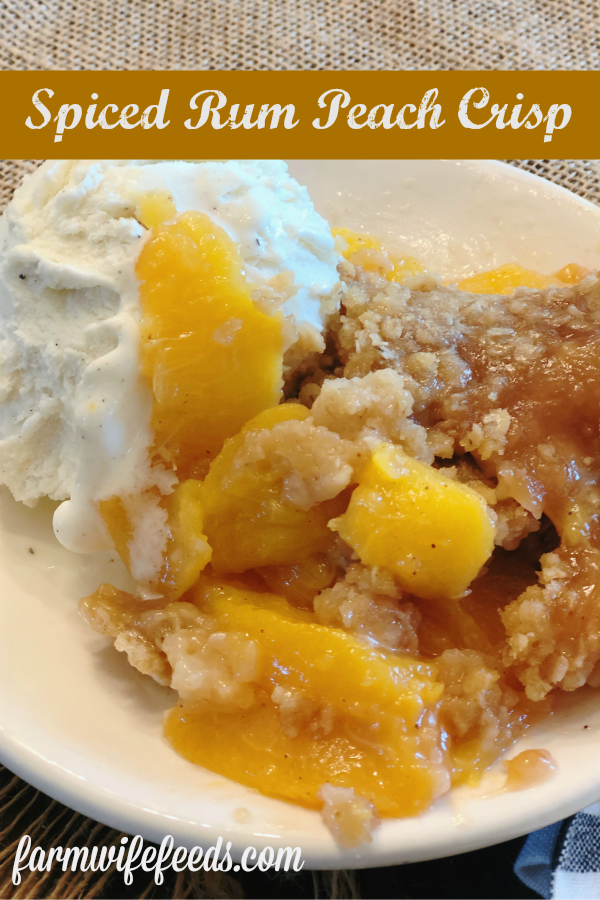 This is very similar to my amazing Apple Crisp recipe! 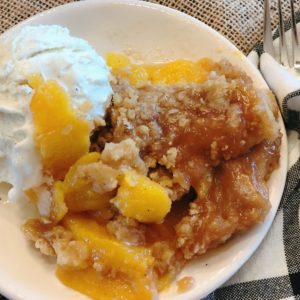 While the spiced rum adds amazing flavor without the alcohol taste feel free to try other hard liquors. Whiskey or Bourbon would taste amazing. Not a fan of using an alcohol liquid, no worries! Orange juice and a splash of vanilla works just as great! 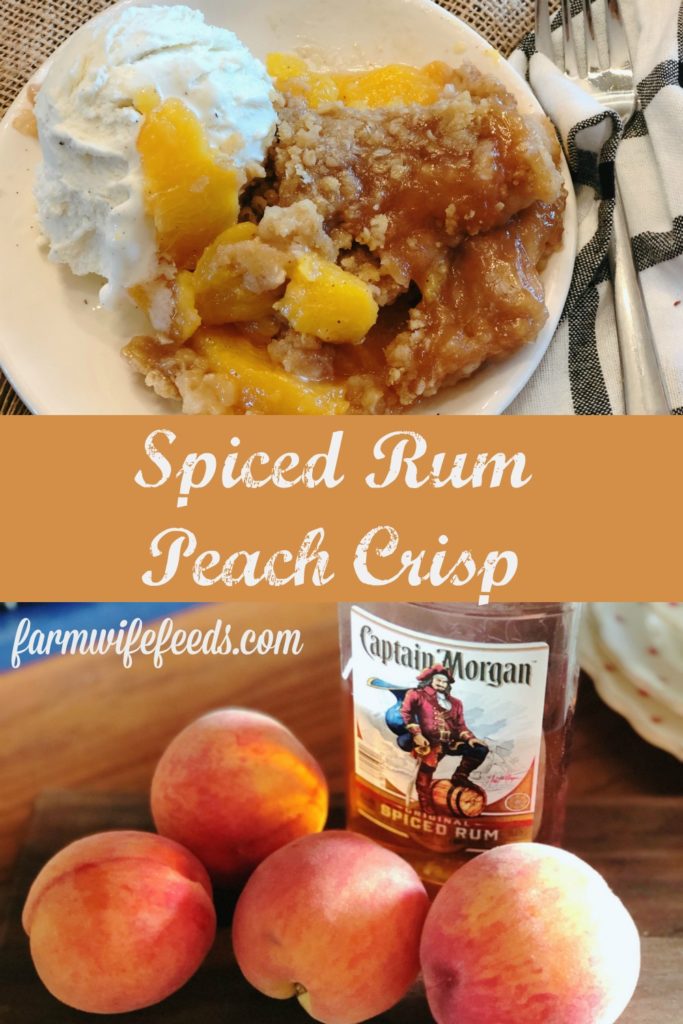