We love spaghetti around here, I spent years in search of the perfect spaghetti sauce. The first time I made this Super Meaty Spaghetti Sauce it was a winner! 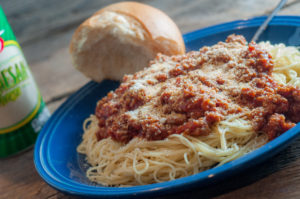 We had tried every kind of jarred sauce there is and a bazillion different homemade recipes till I finally hit the nail on the head with this one! While this uses your favorite jarred sauce it’s the combination of meat, mushrooms and allowing the sauce to simmer that puts it over the top. 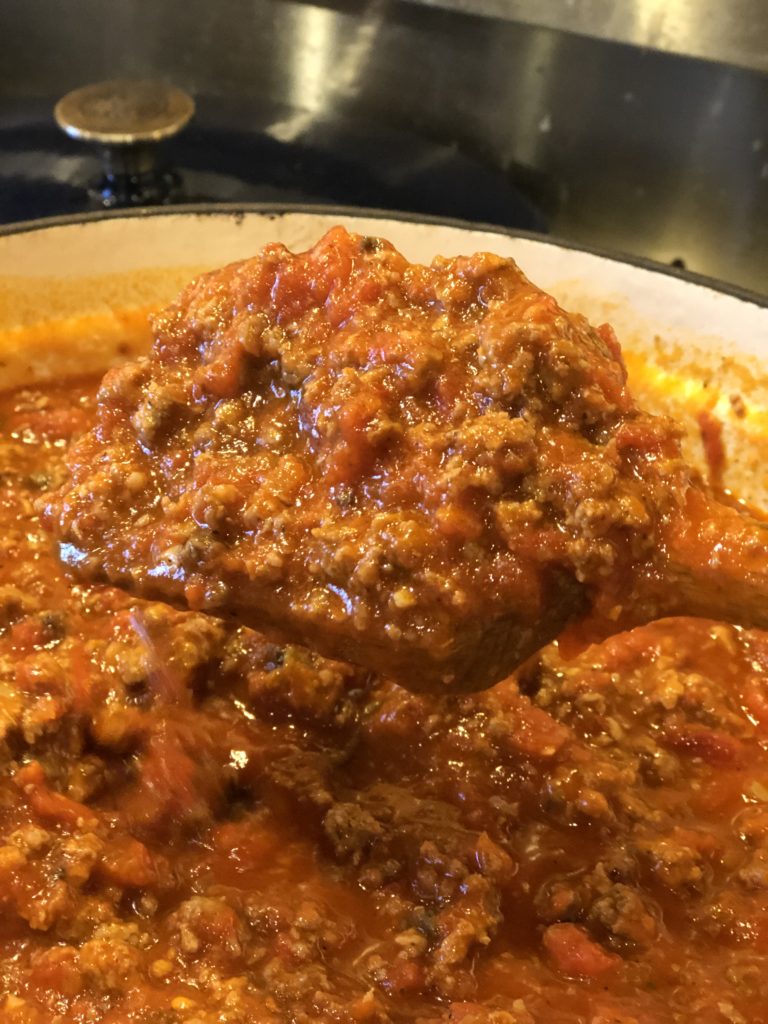 This recipe makes the house smell amazing and makes enough 3-4 meals, what more could you ask for out of a recipe!  Technically I suppose this would fall under the category ‘semi-homemade’. But then, if anybody really wants to argue that technicality they really don’t want to eat my cooking very bad!! 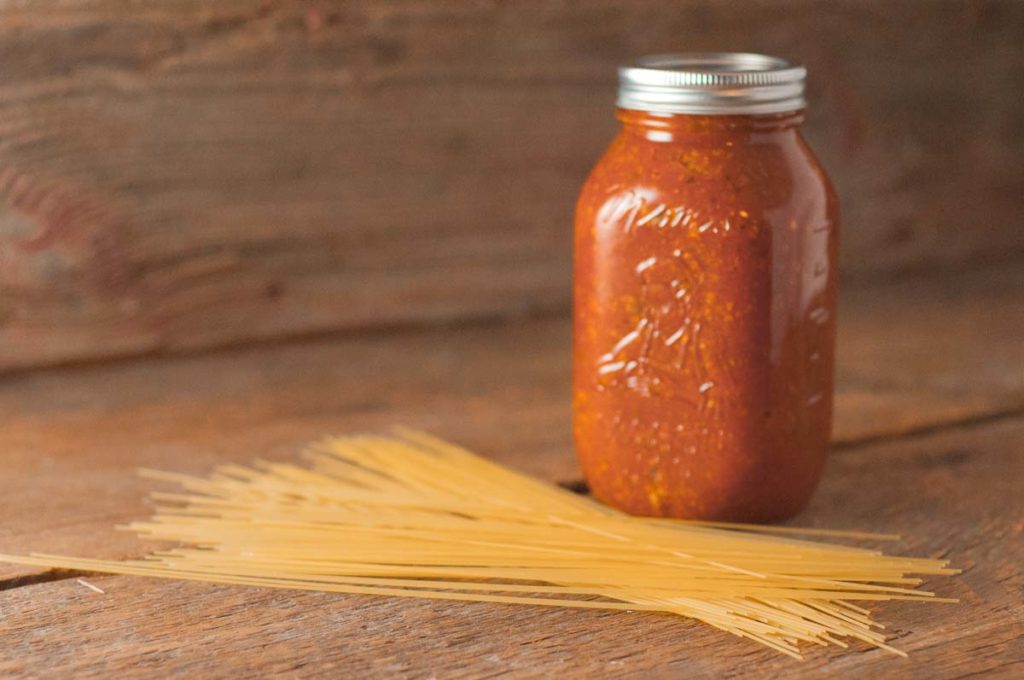 When I make this recipe we usually have spaghetti for supper that night. Then I make a 9×12 pan of lasagna for the freezer and put the rest of the sauce in a couple of Ziploc freezer bags.  These make for easy spaghetti meals when the kids expect to eat and I haven’t planned ahead! 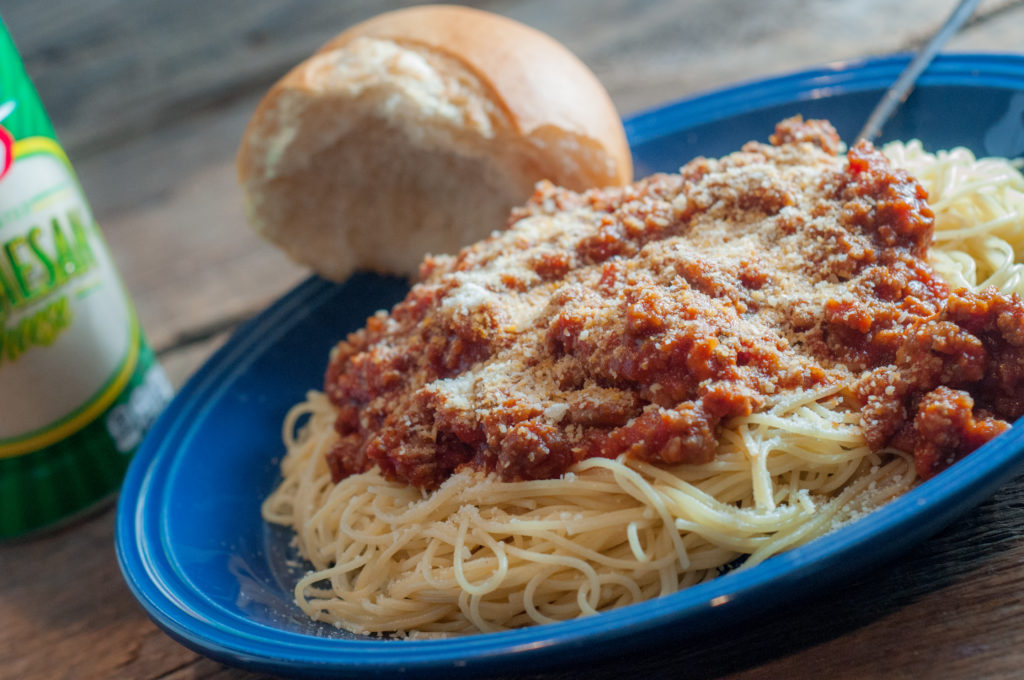 This sauce is loaded with meat – 4 pounds to be exact!  I use jarred sauce and the super-secret ingredient is mushrooms!  Why super secret – because 2/3 of my kids hate mushrooms but eat this sauce like it’s going out of style! 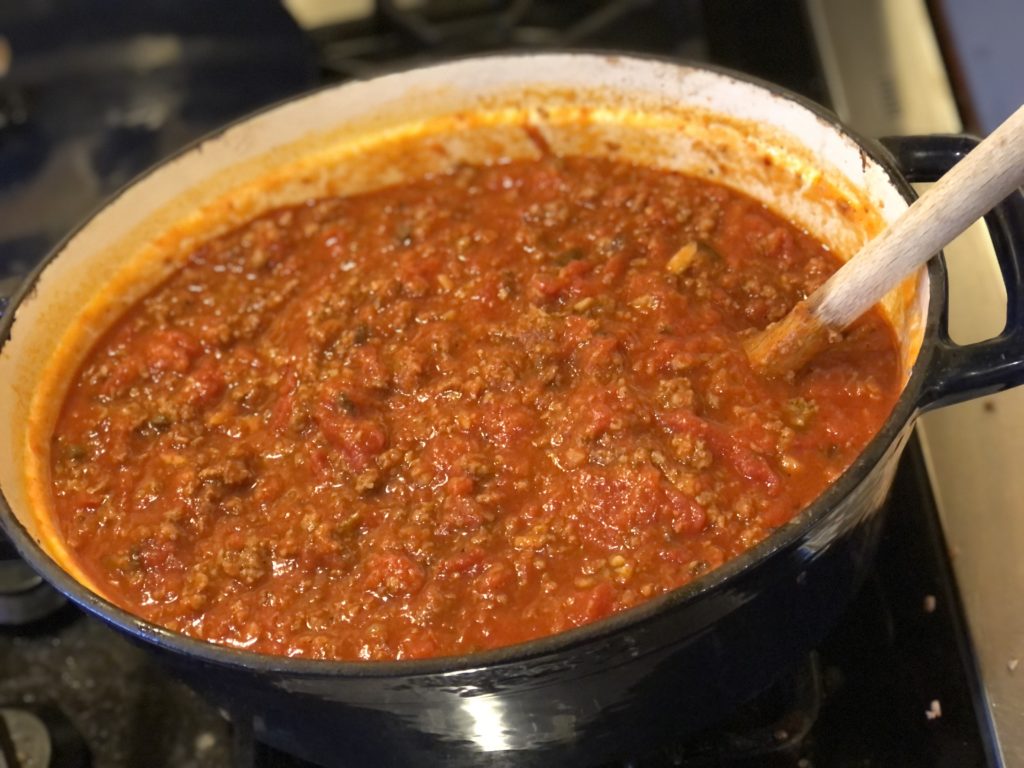 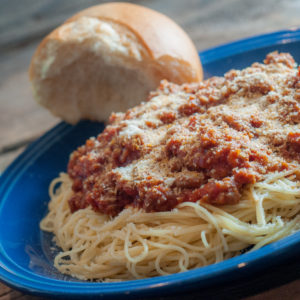 I usually only cook this with 3 jars of sauce and then as I use it for meals I can add additional sauce if I feel like it is overly meat heavy. Dice the mushrooms as small as your family likes or leave them in bigger chunks - diced petite they literally melt into the sauce and meat. My kids were never the wiser! 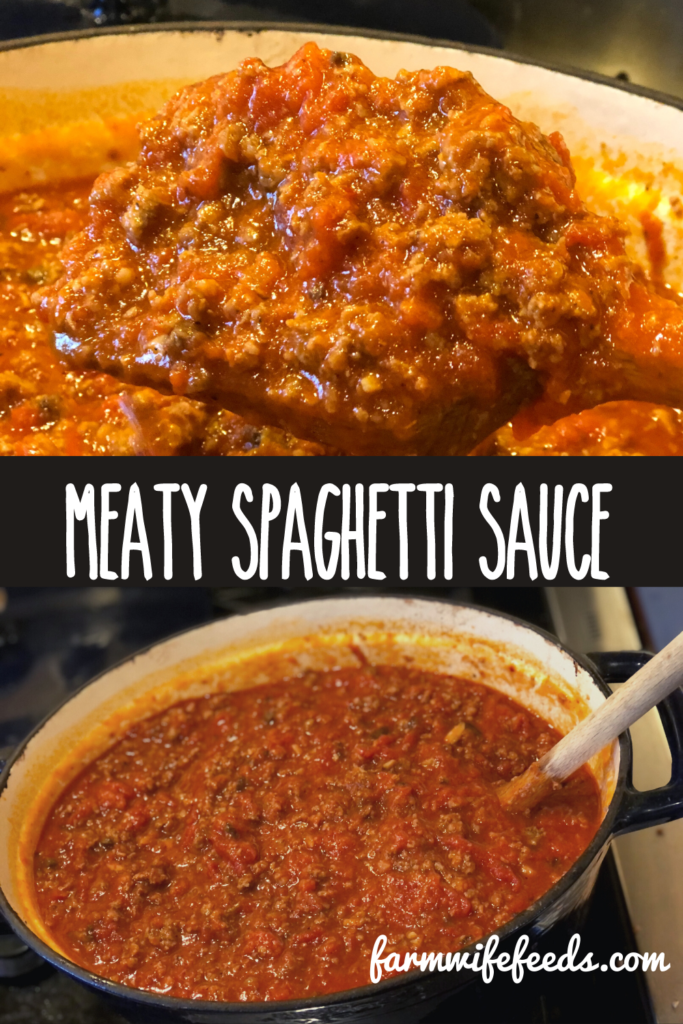