I call this “Almost Award Winning Mac and Cheese” because, well it almost won an award!  It’s my most requested and the version I used for a contest at The Indiana State Fair! 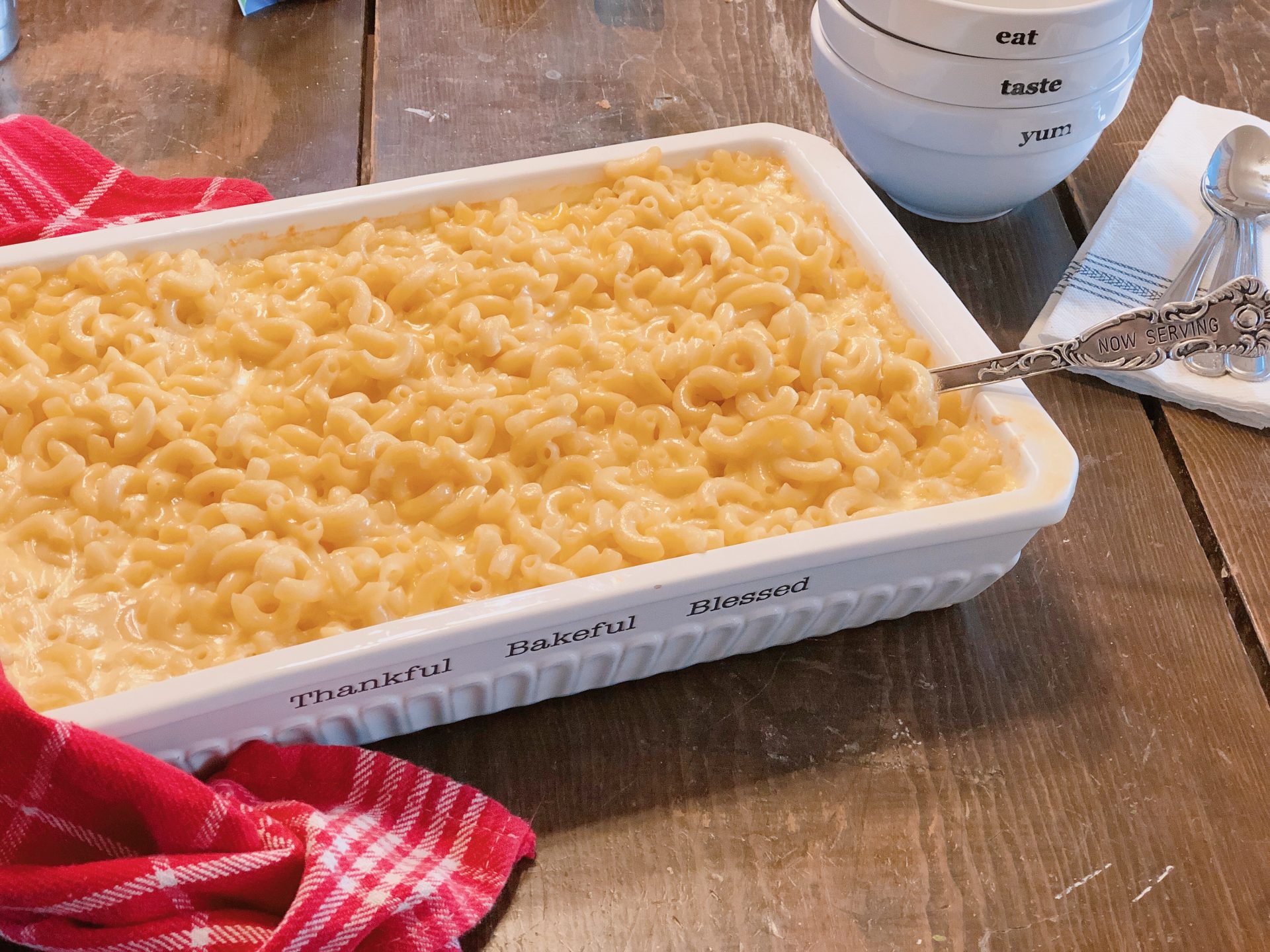 I might be a bit biased but I think it should be called Award Winning Mac and Cheese but to each his own! It was the first and only cooking contest I have entered. It was a little nerve-racking, but a lot of fun!

Shouldn’t all macaroni and cheese have copious amounts of dairy products in it? 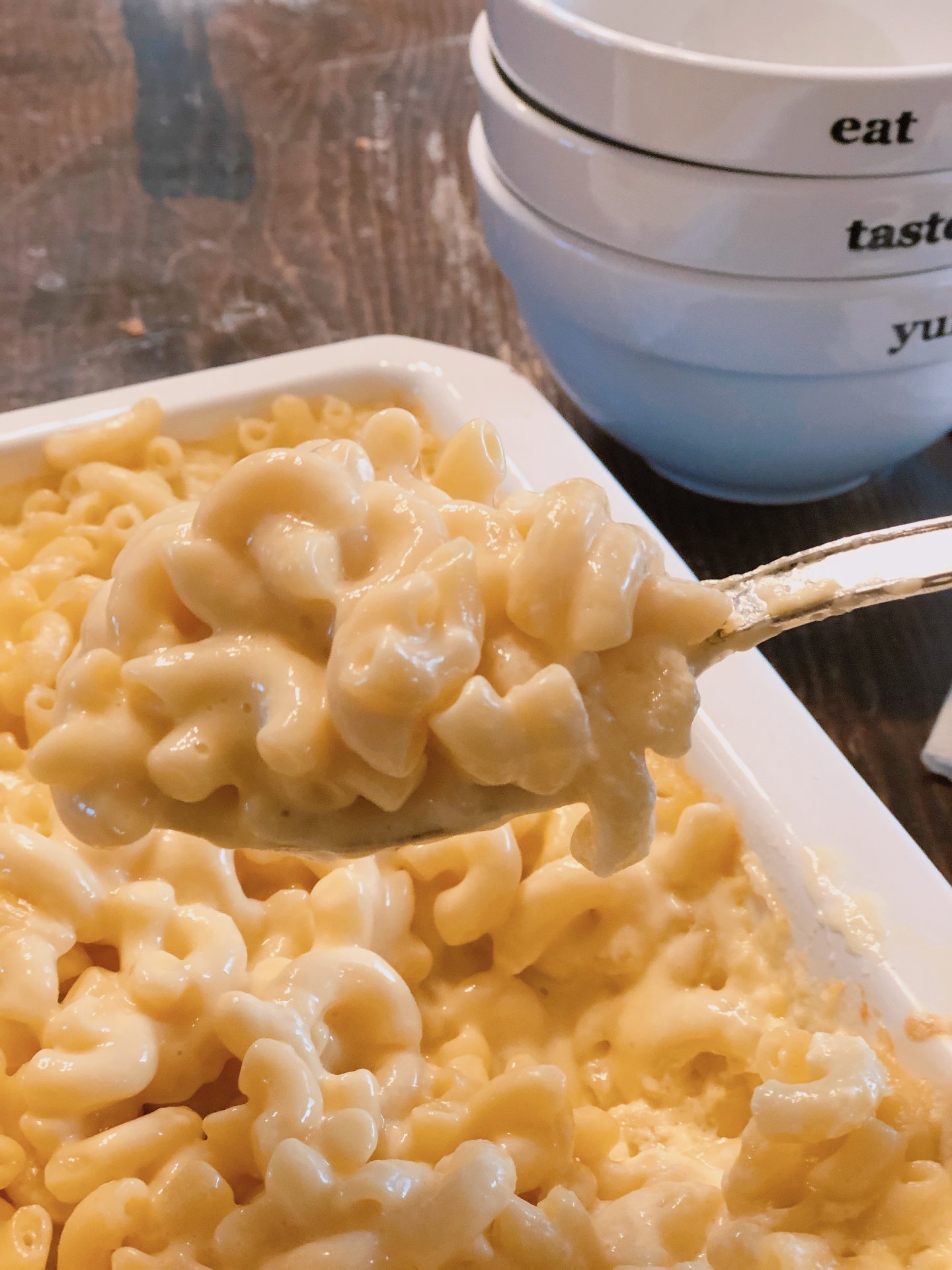 Well this one does…..milk, all the kinds of cheeses, whole cream and butter!

Similar to my Creamy Crock Pot Mac and Cheese, this is the oven version and is so worth just the little bit of extra effort!

It goes so well with so many meals:

I would also be perfect with ham chunks in it to make it a one dish meal! 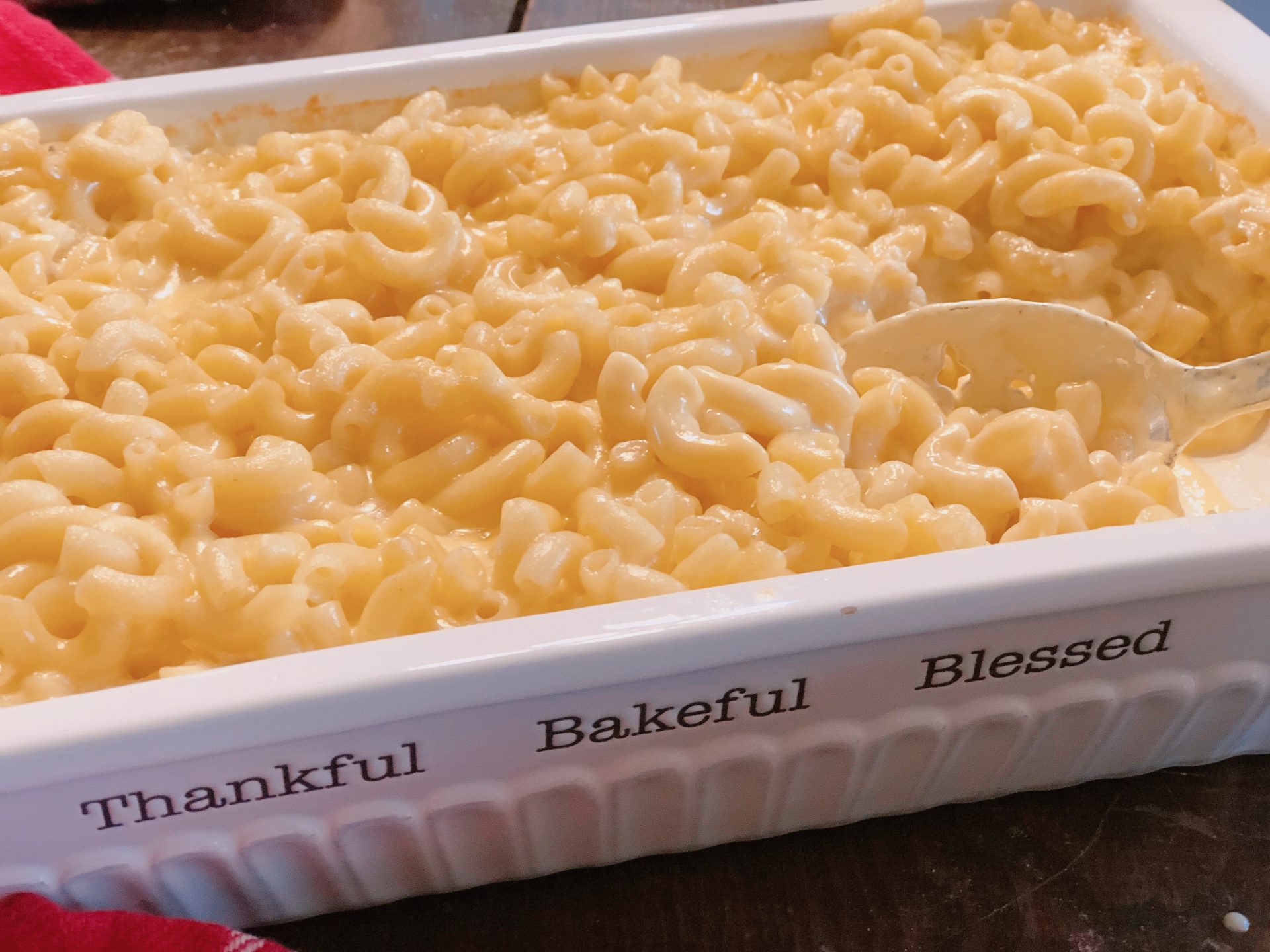 Can we just focus for a minute on that baking dish – I’m in love with ALL the Mud Pie serving dishes! I love the fact that they are white, so they go with everything, but the words! Words about life and food! 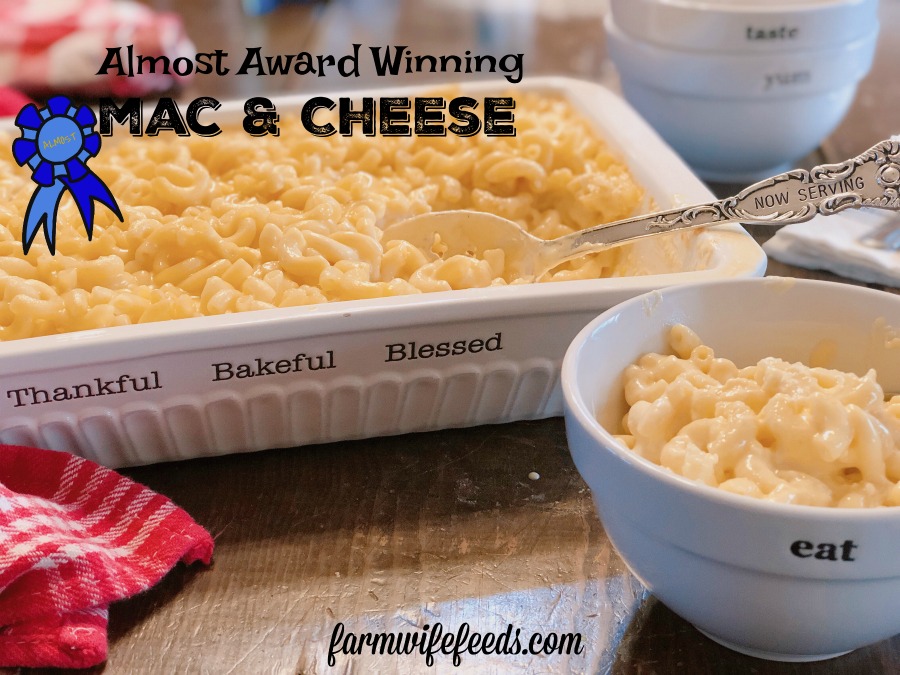 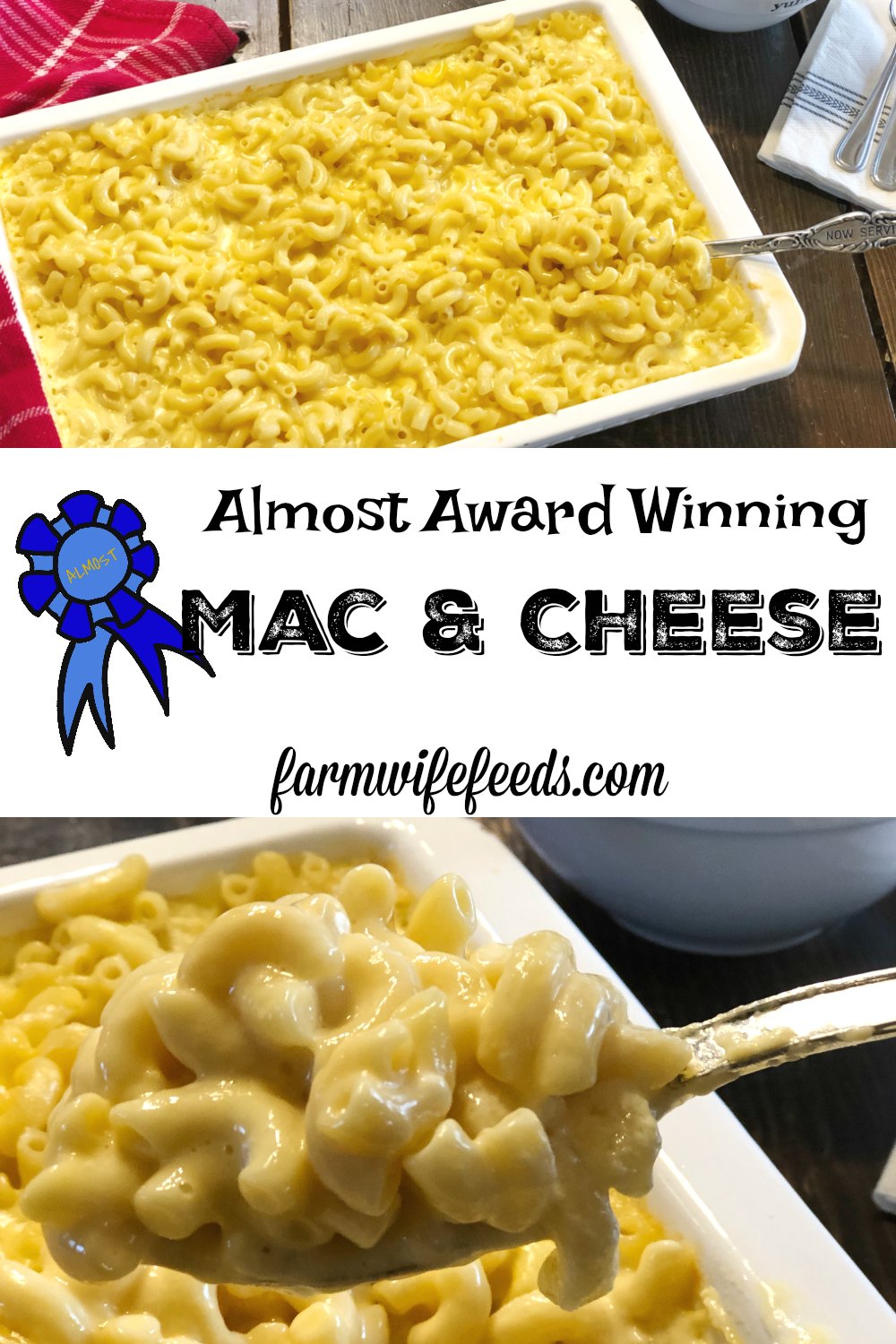