I’m not even kidding these baked beans live up to the name “Over The Top Double BBQ Baked Beans”. They are loaded with flavor. 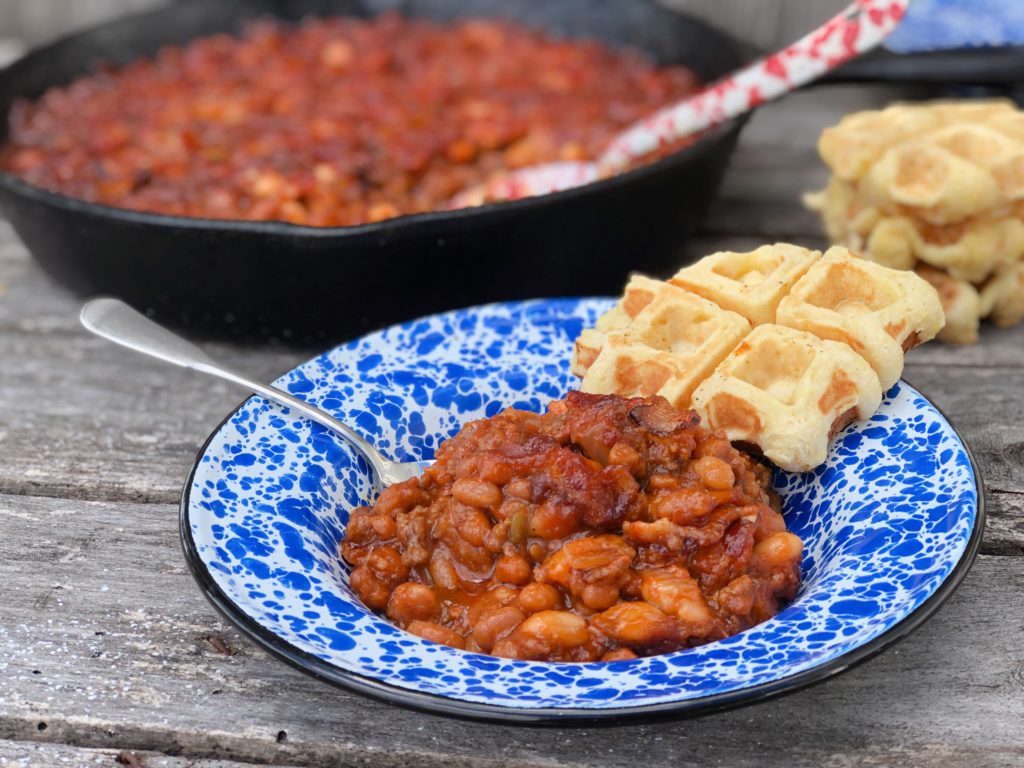 I have 3 very important things to say about this recipe: 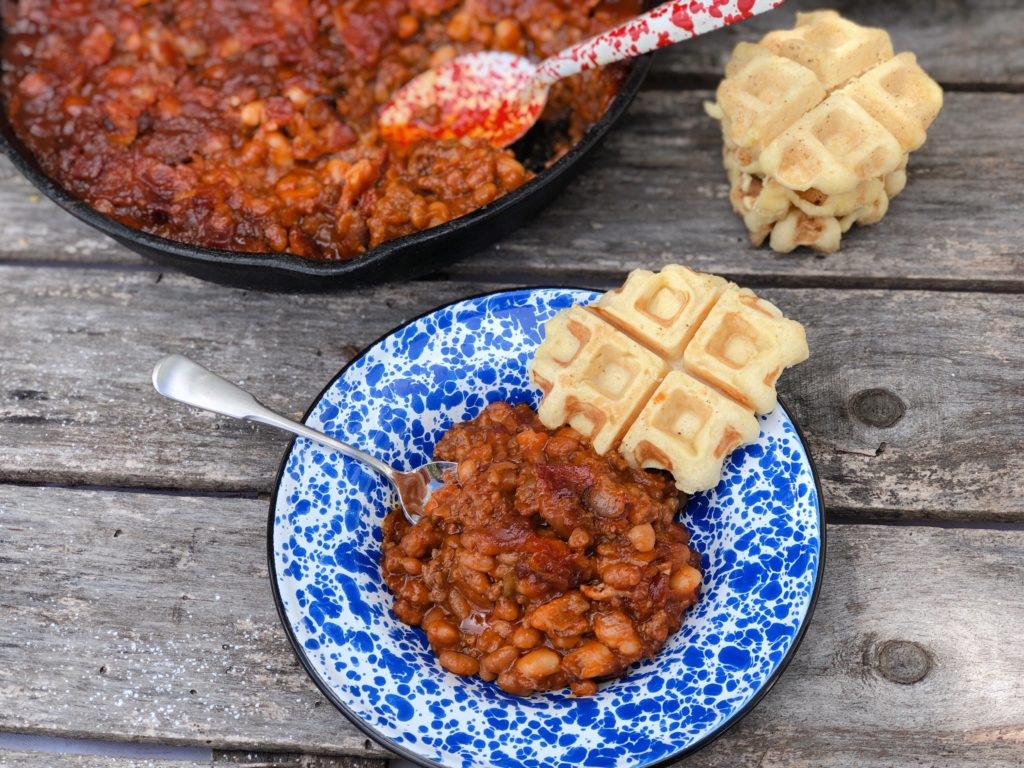 And while we are tying to kill 300 words here for SEO let’s talk about that cornbread! I LOVE CORNBREAD – all cornbread, I’m not picky!

I knew I had to have cornbread with these beans but I didn’t plan well. The beans were done and calling me so I quickly improvised. I pulled a box of Jiffy Cornbread mix out to the pantry, added the egg and milk, then just hoped for the best and went for it! I heated up my waffle maker, sprayed some non-stick spray on both sides and put a scoop of mix there closed it and said a prayer! 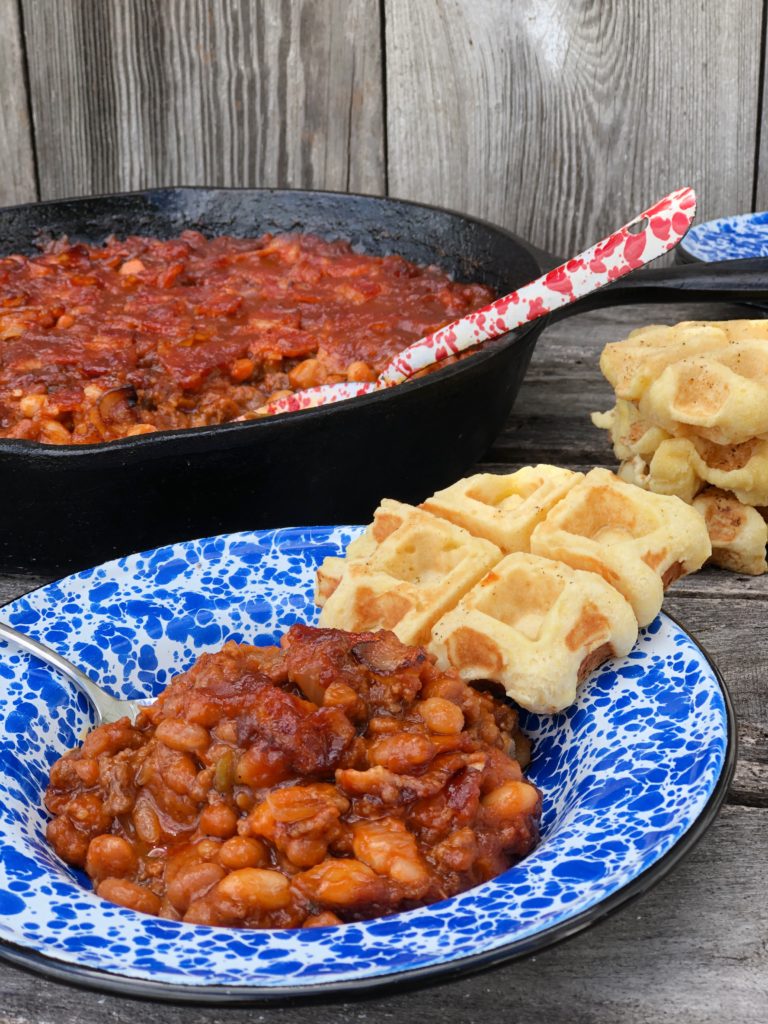 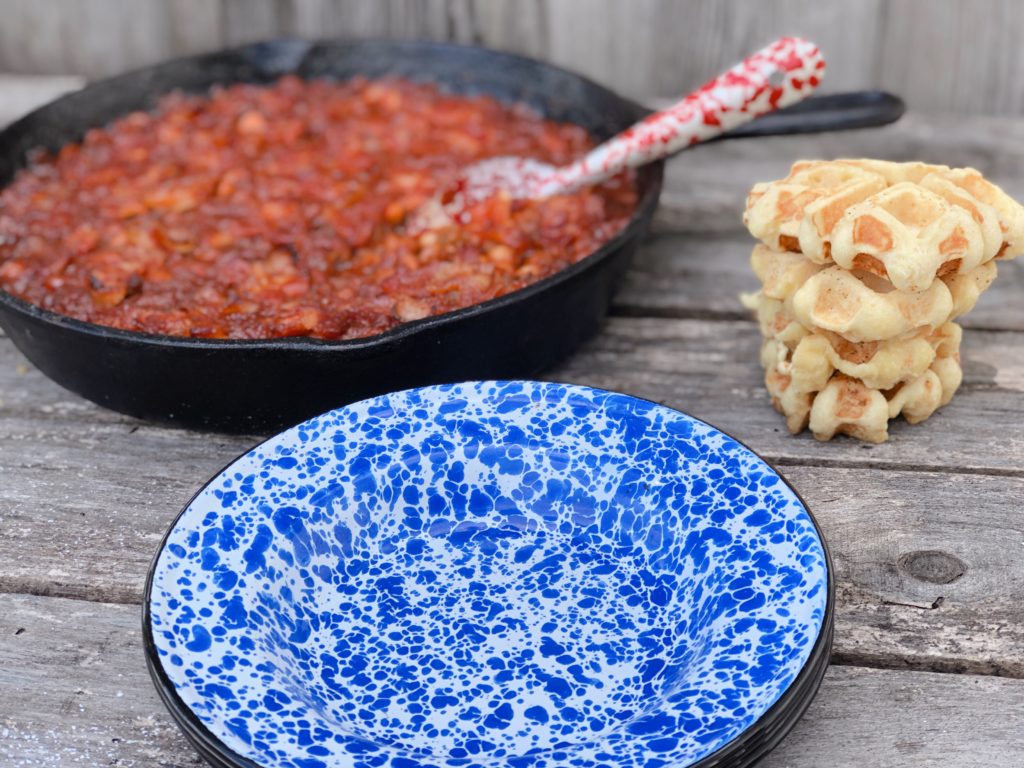 Before I got around to getting this recipe posted I put a pic up on Facebook-the pic alone got a multitude of shares! For being non-photogenic these beans are making an impression! 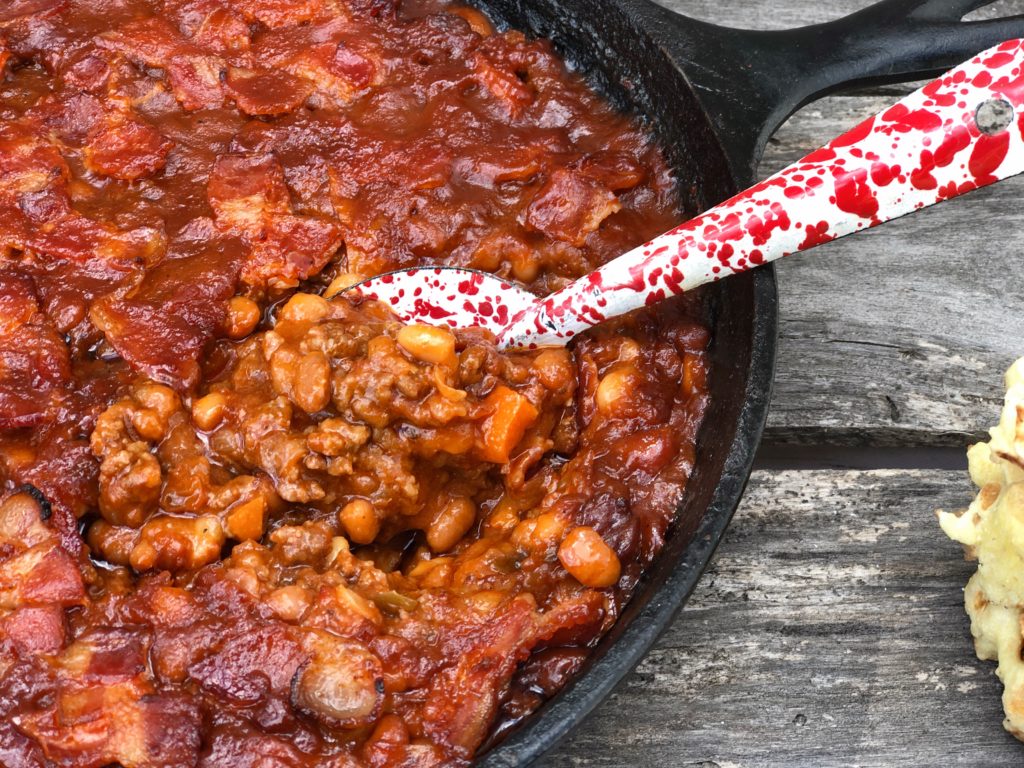 So I chose to bake these in my cast iron skillet but make them in a crock pot, make them in a 9×13, make a half recipe, make a double recipe – JUST MAKE THESE! 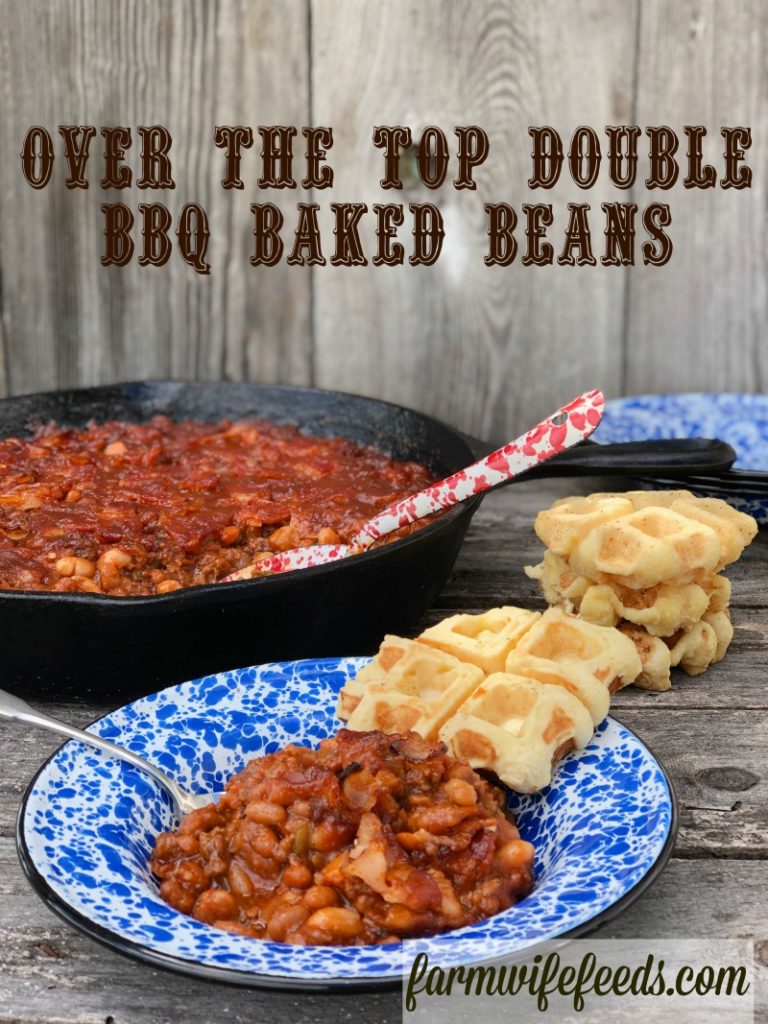 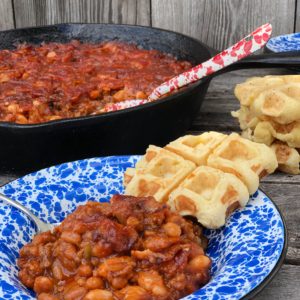 Baked Beans loaded with flavor and hamburger - great as a meal or side dish!
Print Recipe Pin Recipe 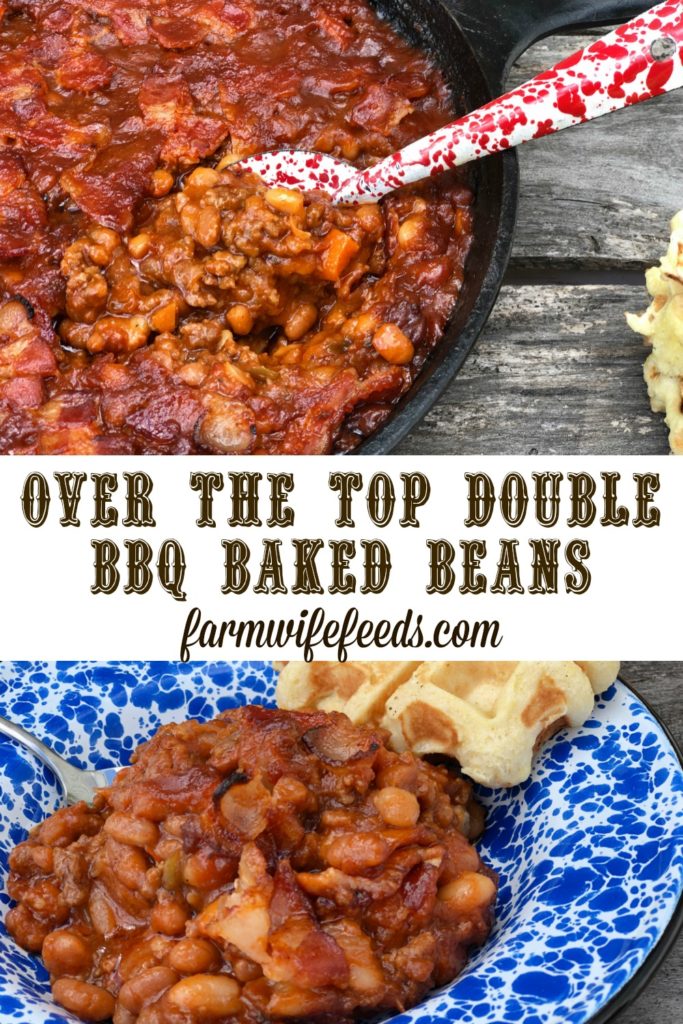