Give me all the Bacon Wrapped Marinated Pork Tenderloin and no one gets hurt! This is a moist delicious disappearing dish every time you serve it. 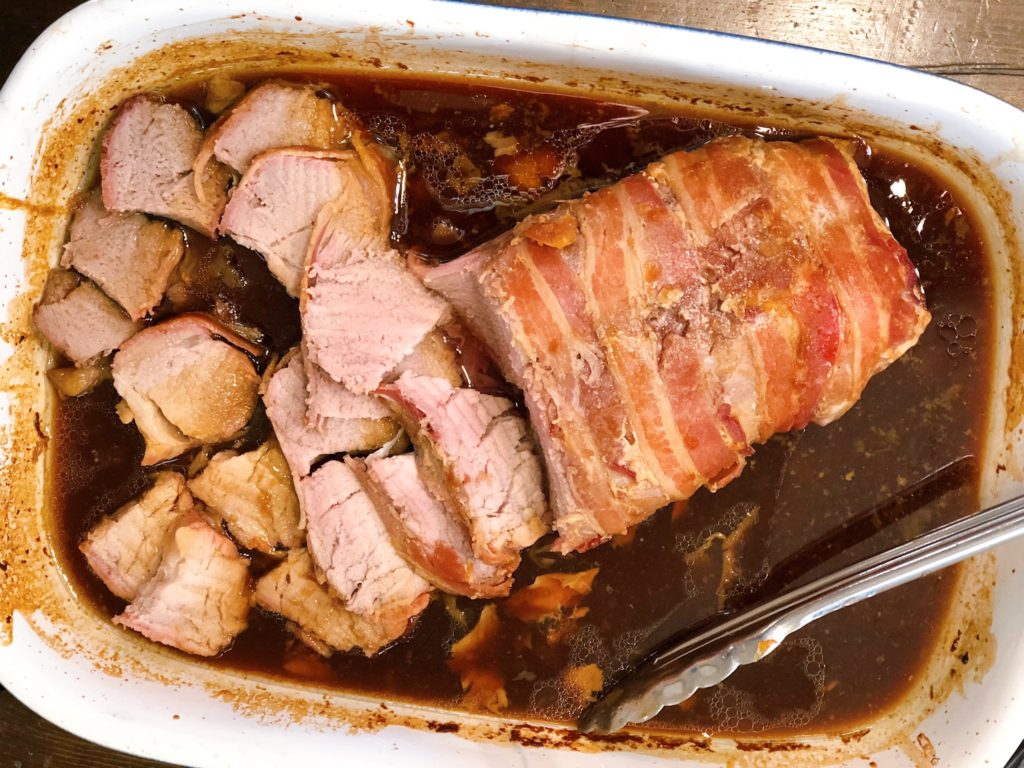 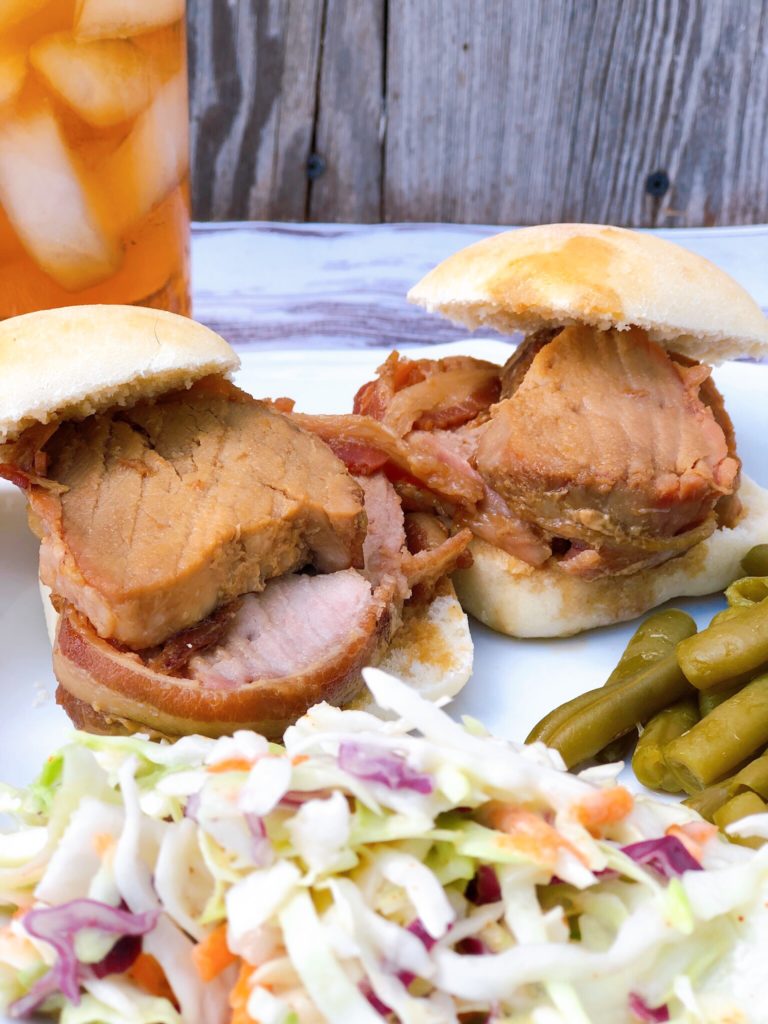 I acquired this recipe from a friend of a friend. That second friend happens to be a single male who titled this “Panty Dropping Pork Loin”. He would make it for the ladies……..if you get my drift {wink wink}. If you don’t, well that is probably all the better! But I love a recipe with a story. 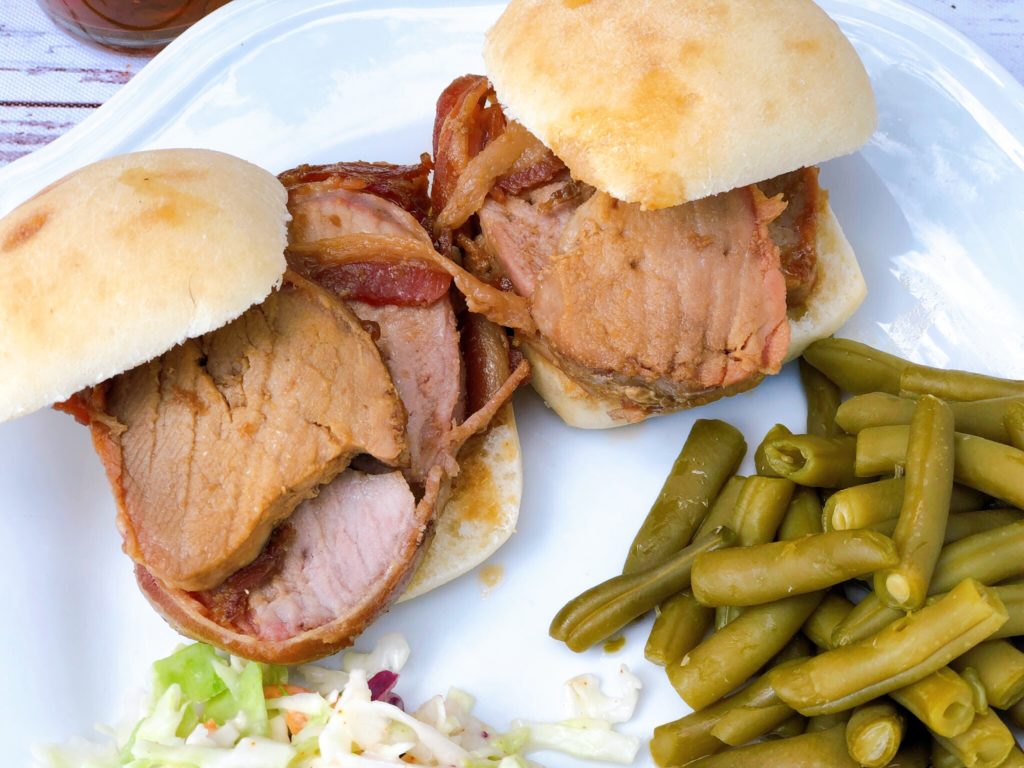 Pork tender loin is probably the most tender piece of meat from the hog. It comes from the loin – albeit it’s name Pork Tenderloin, see what I did there!

This recipe comes from the same friend who shared with me Over The Top Double BBQ Baked Beans so you know it has to be good! I mean those beans are amazing! 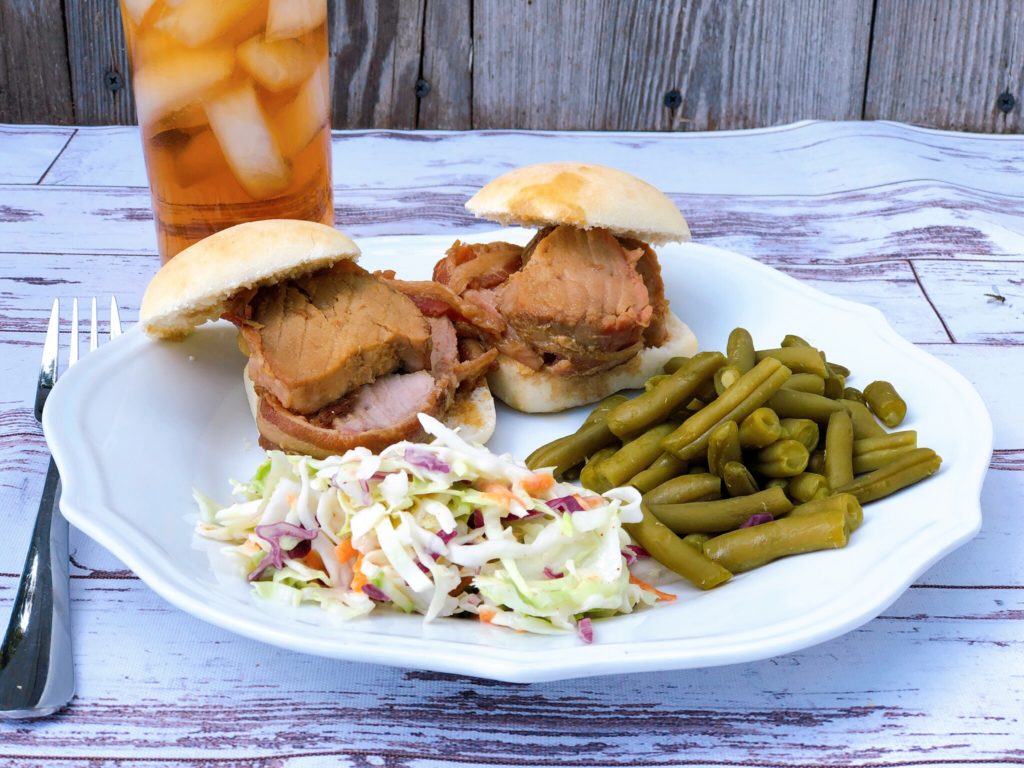 And can I just add this pork also pairs amazing with my Cilantro Cole Slaw and since it has the corn and beans in it, well it’s a salad and a vegetable all in one!

We love to eat this pork roast sliced thin on Sister Shuberts Dinner Rolls – that is how it was suggested to me from my friend! And she was dead on. And can I also say not often is there leftovers but when there are, this is fantastic, you never know it’s leftover. 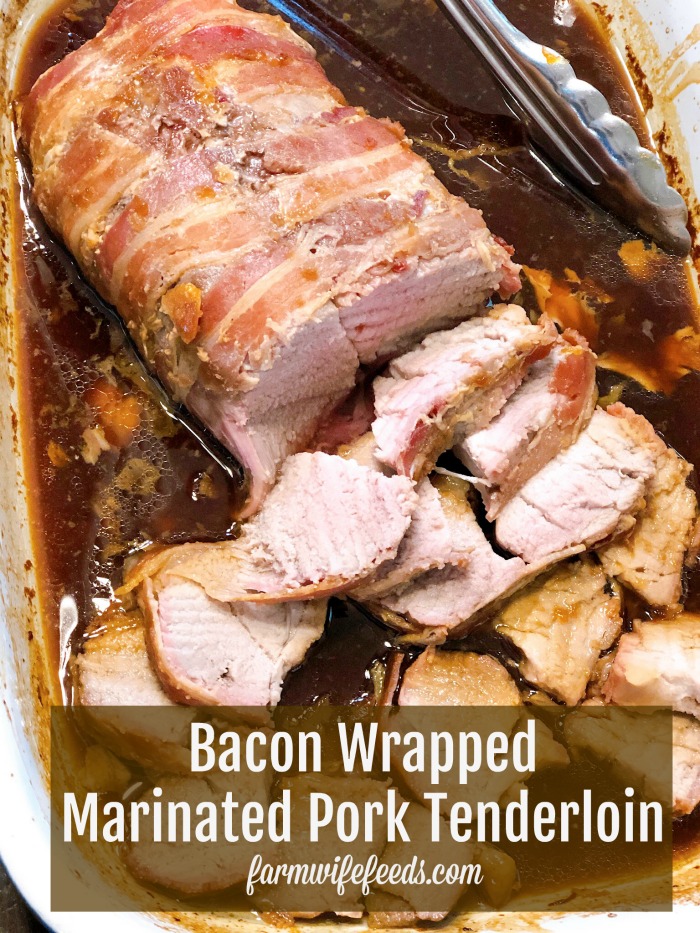 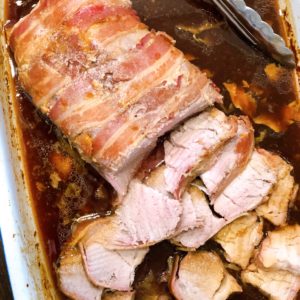 A tender cut of pork wrapped in bacon, marinated and baked in the oven. Serve as a roast or on a dinner roll as a sandwich. Makes great leftovers!
Print Recipe Pin Recipe

Linked To Weekend Potluck – Check It Out 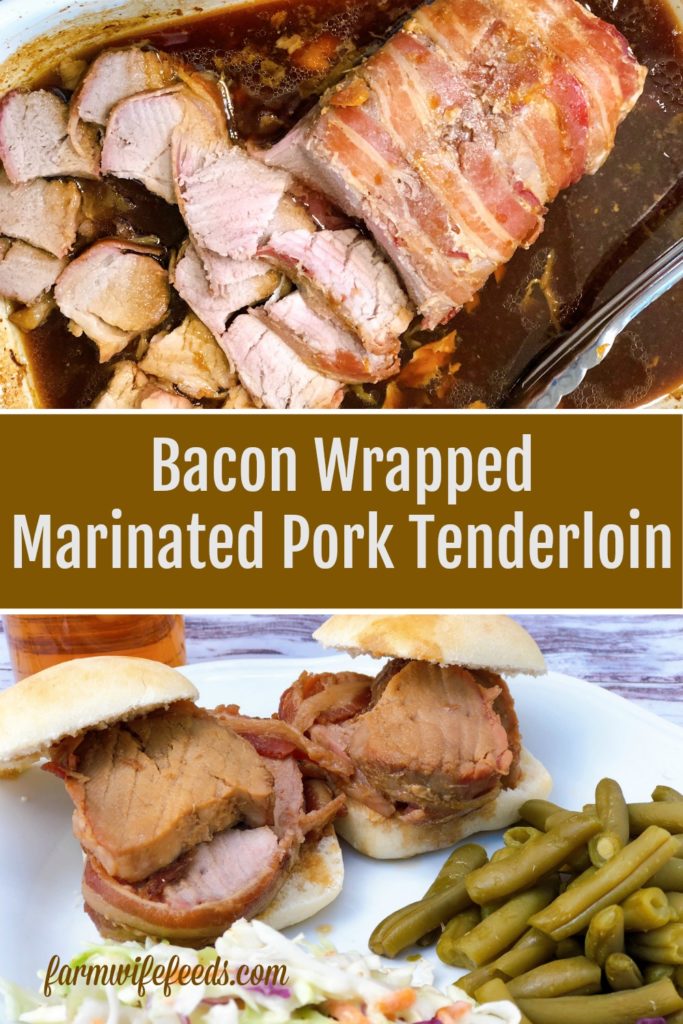