I have been on an Easter dessert kick lately and these Easy Easter Cupcake Ideas are by far some of my favorites!  They are super cute if I do say so myself, and super easy! 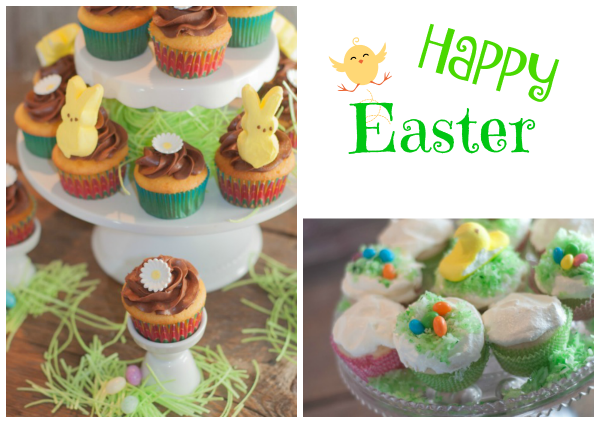 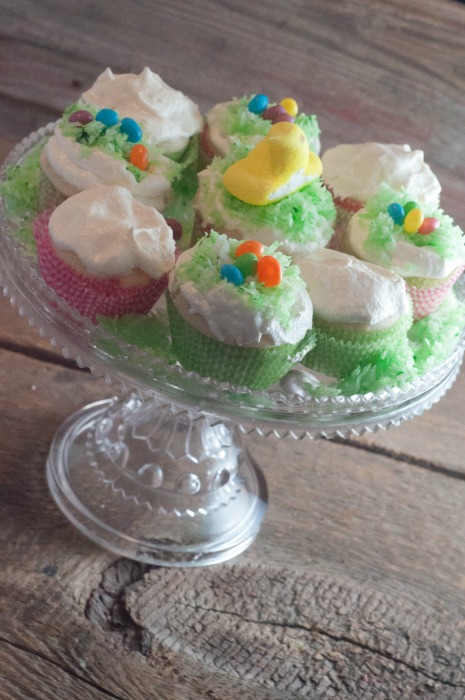 They really are simply a white cupcake with a squeeze of lemon pudding in them, so easy!  I put some Cool Whip on top, sprinkled them with some green coconut and added jelly beans.  A Peep is always cute and I left some plain- something for everyone!

The lemon pudding surprise in the middle brightens these up and just like the cake is a taste of Spring!  I simply mixed and baked the cupcakes according to the box mix directions and made a batch of lemon pudding.  Once both were cool I put a large tip in a pastry bag and filled the bag with the lemon pudding. You could also use a ziplock bag for this.  Then I just poked it into the center top of the cupcake and squeezed about a tablespoon of lemon pudding into the cupcake.  Top with Cool Whip, sprinkle with some green coconut, add jelly beans and amaze your family and friends!

Second, are simply these yellow cupcakes with chocolate icing.  It really doesn’t get much more simple – these are literally a yellow box mix of cake, a can of chocolate icing, marshmallow bunnies, Wilton Edible Icing Daisies and some edible green grass for decoration. 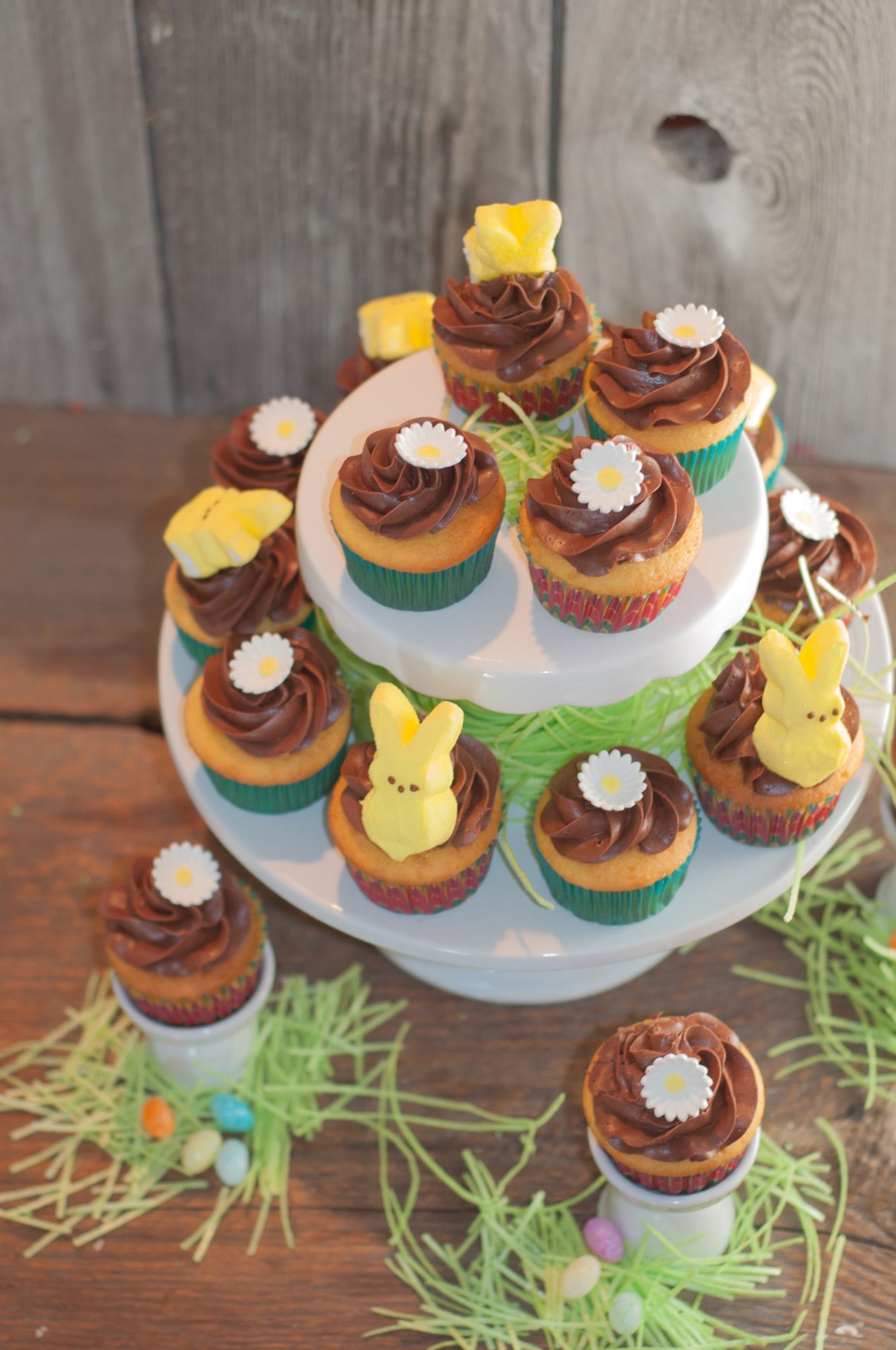 A cute Easter dessert doesn’t get any easier than this!  Once the cupcakes were cool I filled a pastry bag (or again a ziplock bag works) with boughten chocolate icing. I gave each cupcake a swirl of icing, took a whole 8 minutes!  Then I either stuck a marshmallow bunny or a dish on each one!

For display, I simply stacked a large and small cake plate. I put some edible grass (which for decoration it didn’t really need to be edible) and just put on the cupcakes!  The smaller individual cupcake stands I got here, I cut a little of the edible grass to place around them and threw out some jelly beans!  So simple, quick and festive! 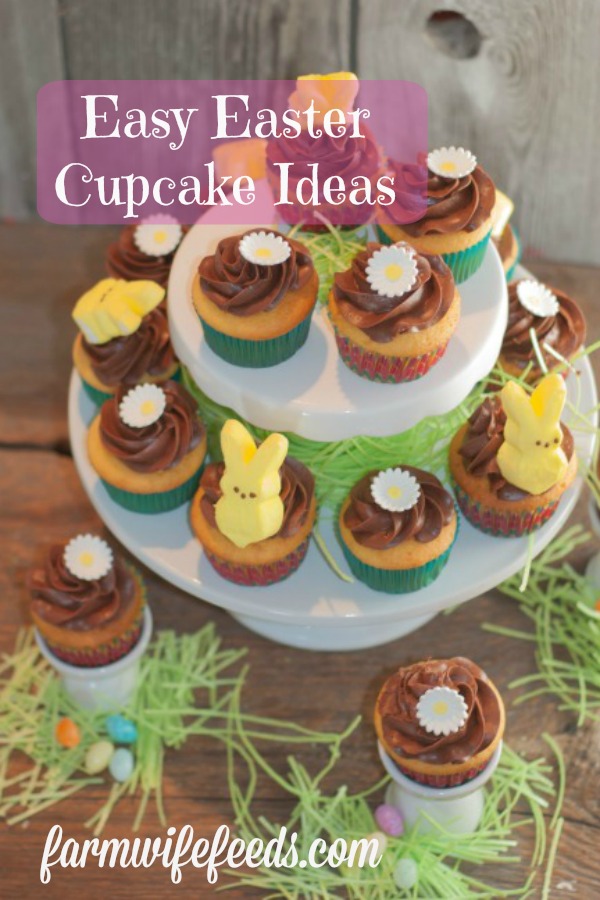 Cupcakes are one of my favorite things to ‘dress’ up for holidays because they are super easy – but I also believe there is a right way to eat cupcakes!  Just have fun, you really can’t mess a cupcake up, people don’t turn down even an ugly cupcake!