I’m an equal opportunity pie lover but I’m kinda partial to these particular Apple Hand Pies. In all honesty, it might be the fact they are dunked in a super simple icing. 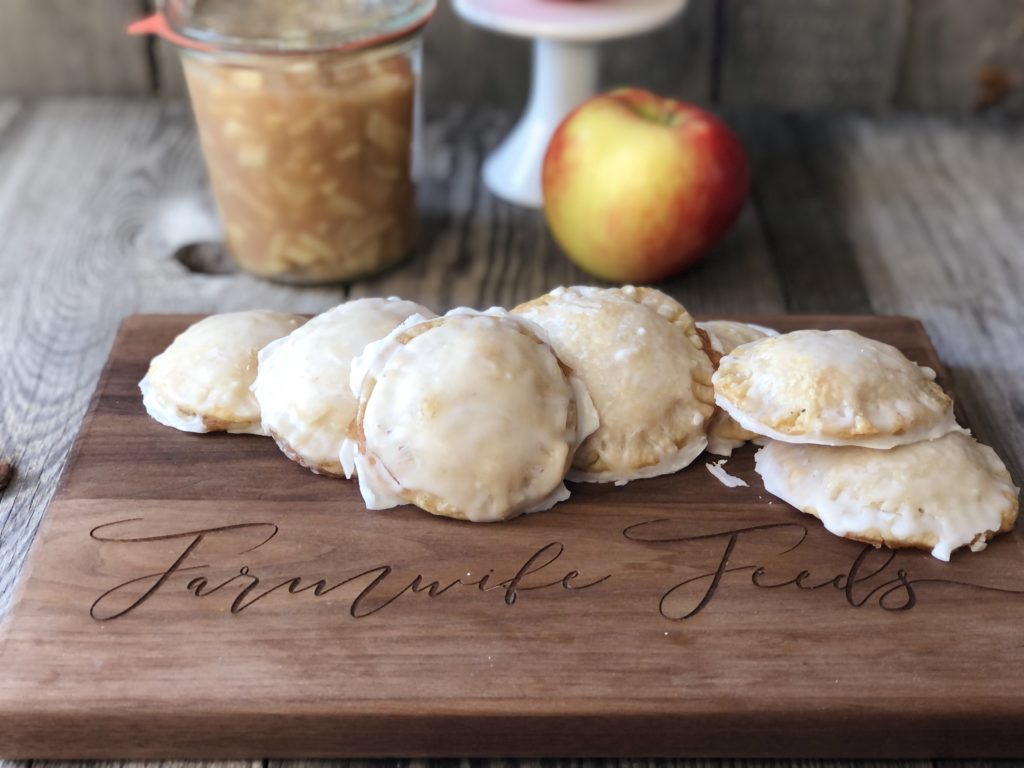 I’m just going to tell you upfront if you’ve read this far and not jumped to the recipe – these rated a 10/10 on the Amish Hand Pie Scale!

That’s a legit thing in this house, The Amish Hand Pie Scale. Now, most hand pies are fried and that makes them freaking delicious. But mine are baked, only because frying is a lot of work guys and I’m all about less work!

These are super simple, I’m not shy to admit while I can make pie crust the majority of the time I buy it! 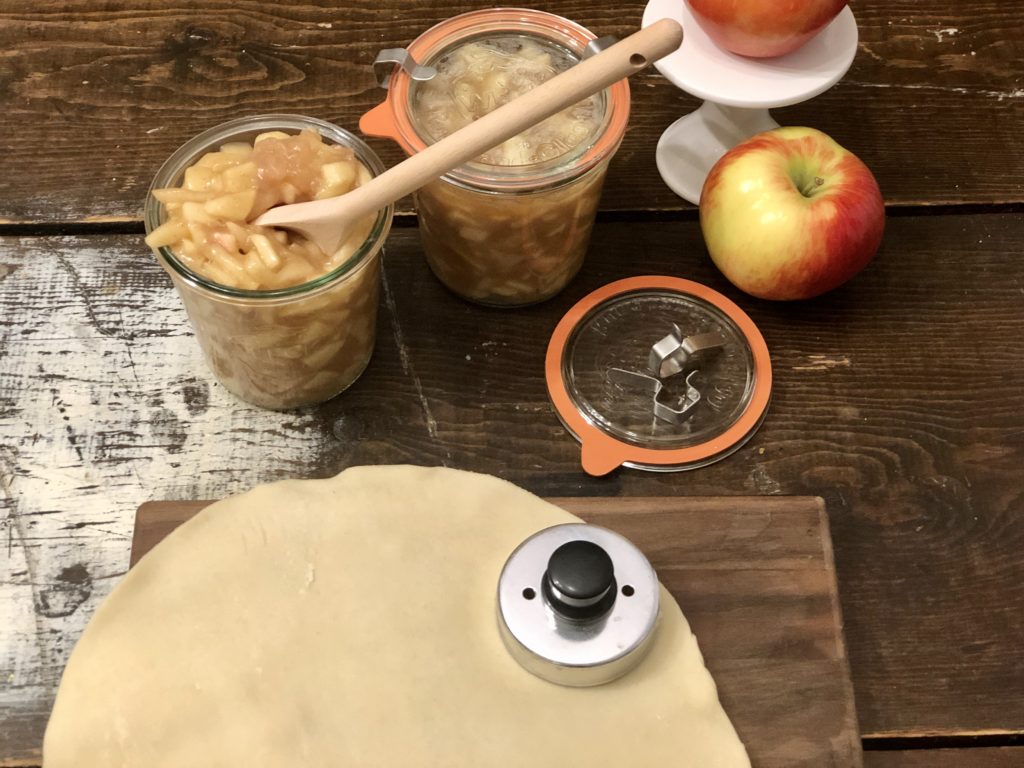 So start by just rolling out that pie crust. I used my handy donut biscuit cutter to cut my circles. 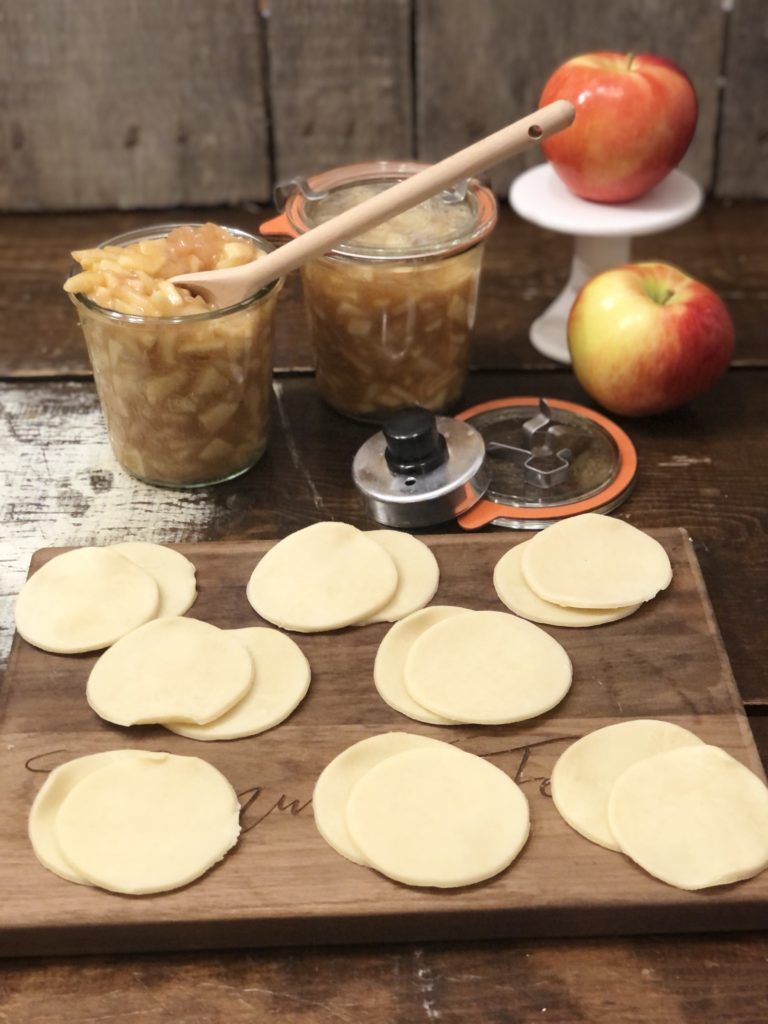 Using both Pillsbury pie crusts and re-rolling the scraps I was able to cut 16 circles, for 8 hand pies. 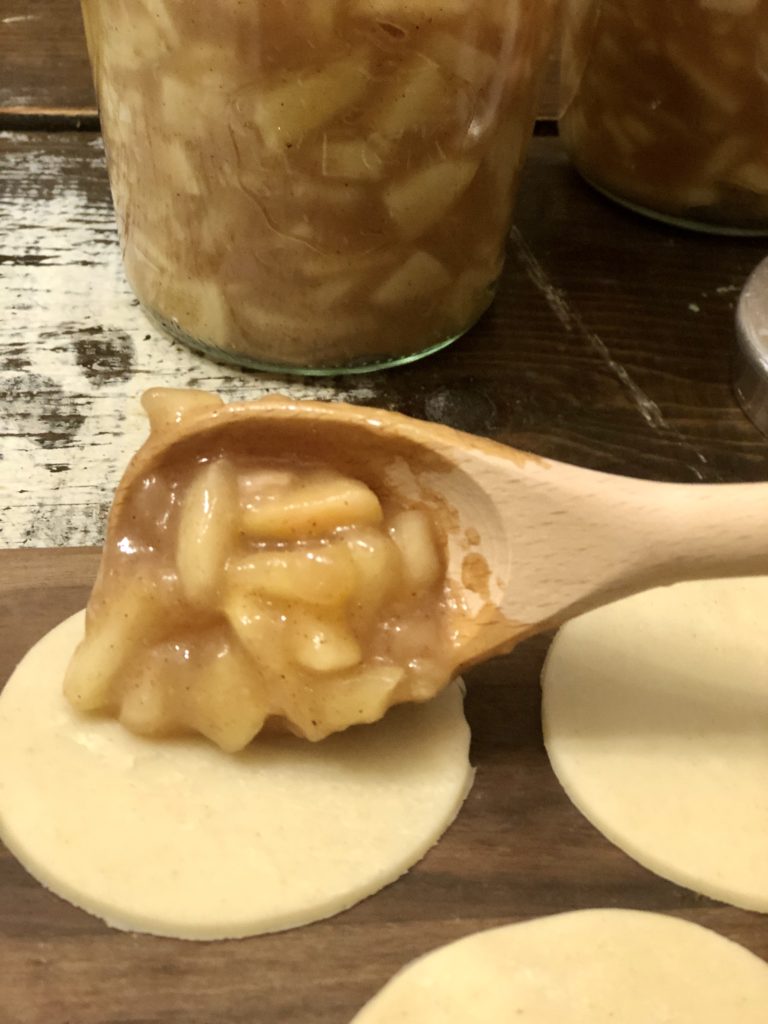 Place a happy Tablespoon of pie filling in the middle of half the circles. 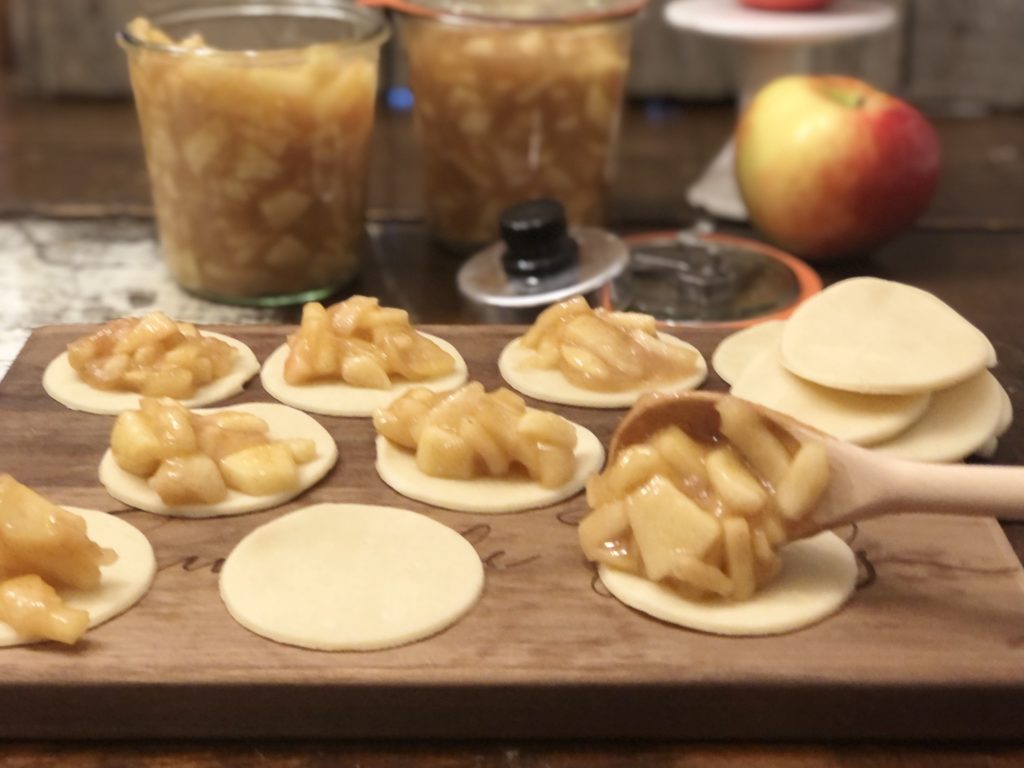 Place the remaining pie dough circles on the pie filling and with a fork crimp all around the edges to seal your pies. Cut a small slit in the top for steam to escape while baking.

These are so simple and quick to make. They are a great snack for home or make a huge batch for your next get-together. 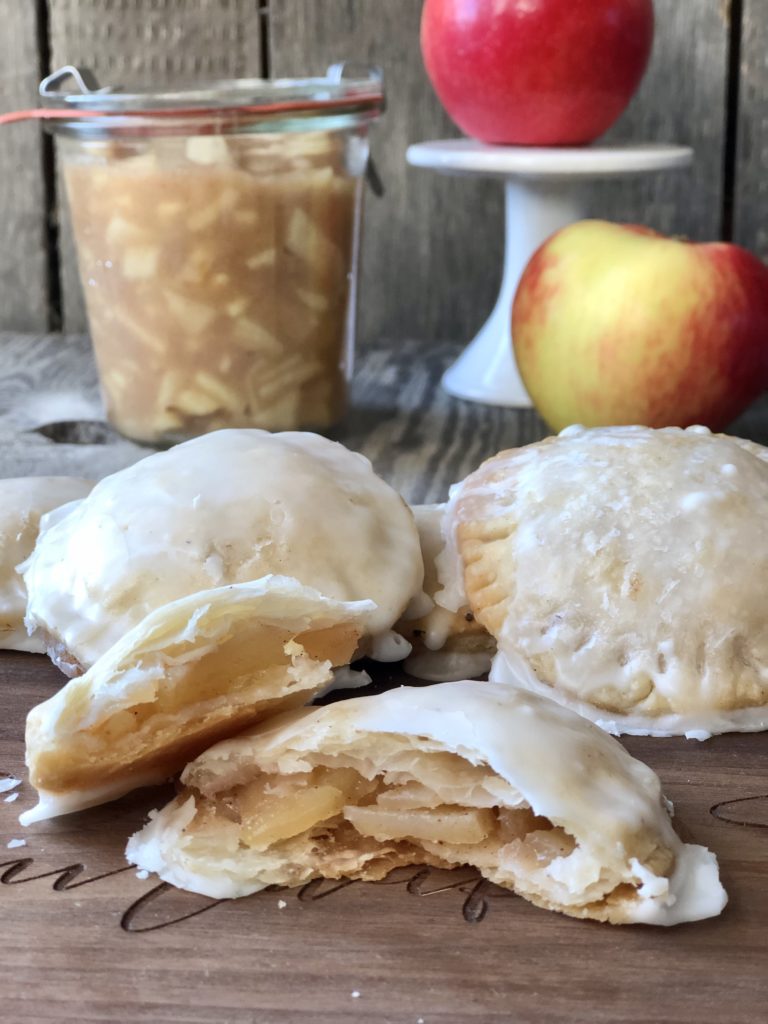 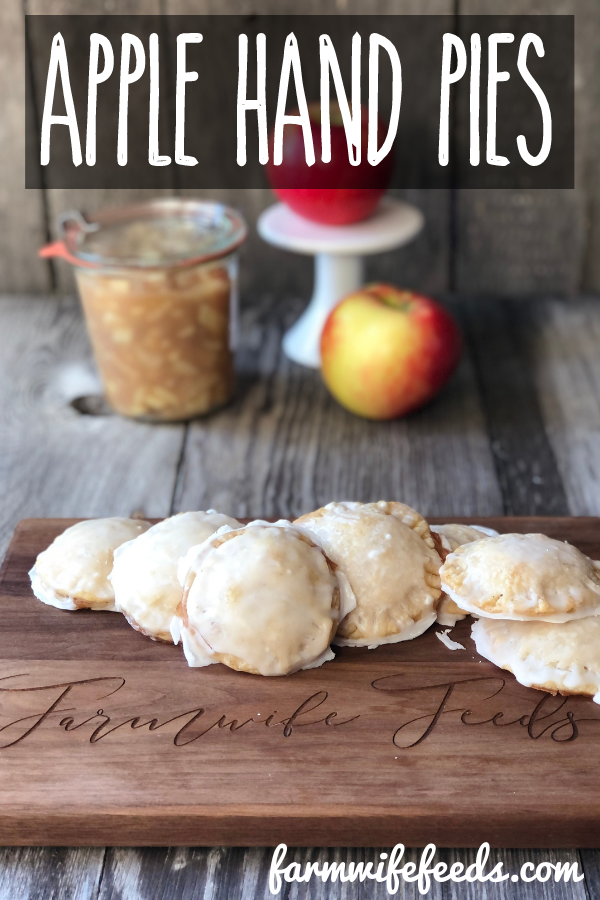 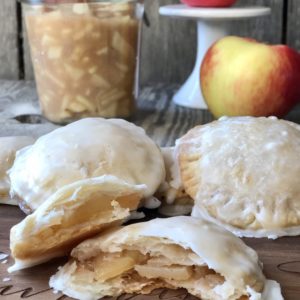 Delicious easy to make individual apple pies. A treat for on the go or just for fun at home!
Print Recipe Pin Recipe 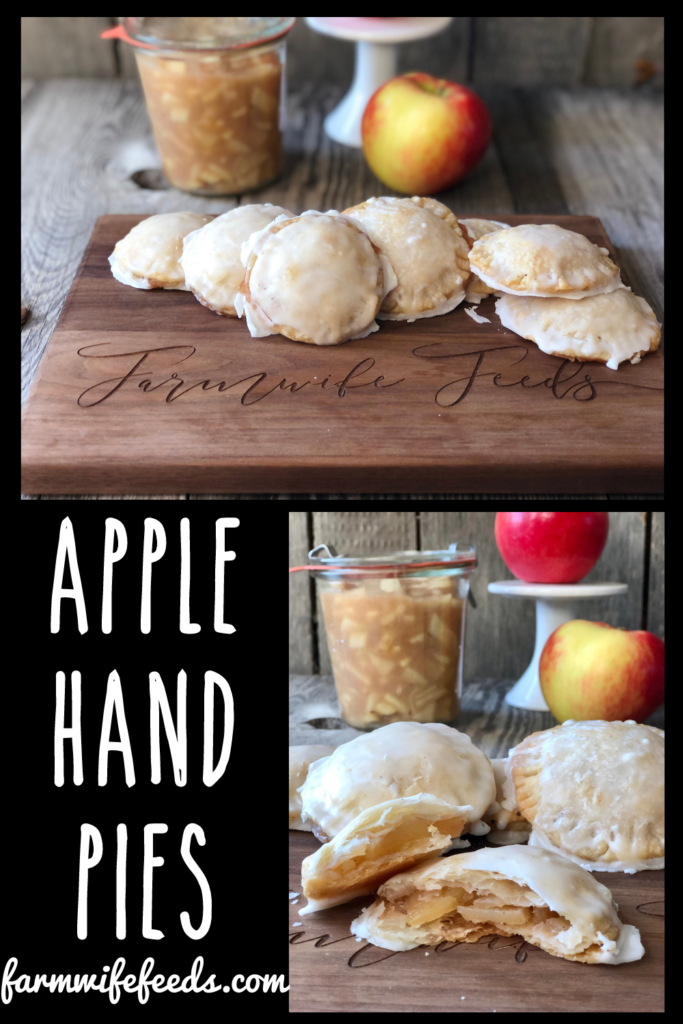